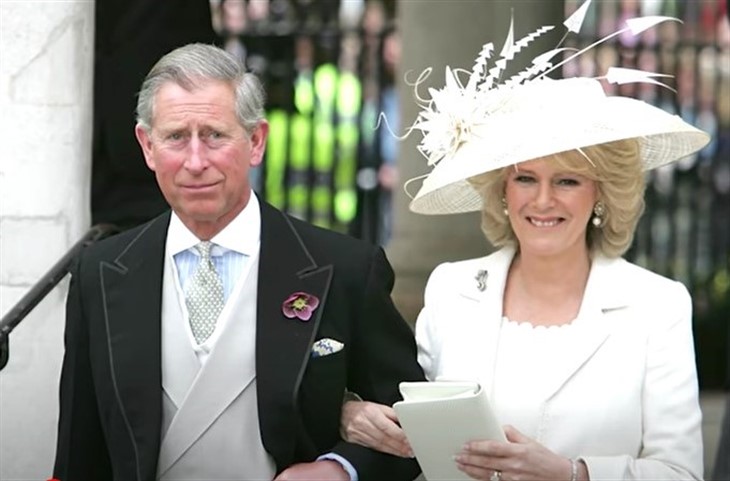 Both the Prince of Wales and Duchess of Cornwall were moved to tears at the enormity of the sea of bouquets, cards, and other items left by the Duke of Edinburgh’s mourners.

The couple took their time as they gazed at the huge outpouring. Charles spied a toy Land Rover, his father’s favorite car, and looked teary. Philip requested that a Land Rover he designed to be used as a hearse to carry his coffin this weekend.

Eventually, the flowers and condolence messages are taken to Marlborough House, which is the headquarters of Commonwealth Foundation.

At Windsor Castle, where the Duke of Edinburgh’s funeral takes place on Saturday, mounds of flowers, cards, and balloons were left.

A Clarence House spokesman announced, “today, the Prince of Wales and the Duchess of Cornwall visited Marlborough House Gardens to view a selection of flowers left by members of the public in memory of The Duke of Edinburgh.”

“The flowers and condolence messages have been moved from outside Buckingham Palace and within the Royal Parks to the private gardens at Marlborough House.”

“The Royal Parks will continue to move the flowers during this period of National Mourning. Marlborough House Gardens was chosen so as not to encourage crowds from gathering outside the Royal Palaces due to Covid-19.”

Royal Family News – Prince Harry Will Back In The UK

It has been revealed that members of the Royal Family will break from longstanding tradition and will not wear military uniforms at Philip’s funeral. This is reportedly being done to face for Prince Harry who lost his honorary military titles after abandoning the family as a senior working royal. Many find the move unctuous as Philip was a decorated and honorable military veteran and beloved by the troops.

Harry returned to the UK after leaving in a mad dash for a life of “financial freedom.”