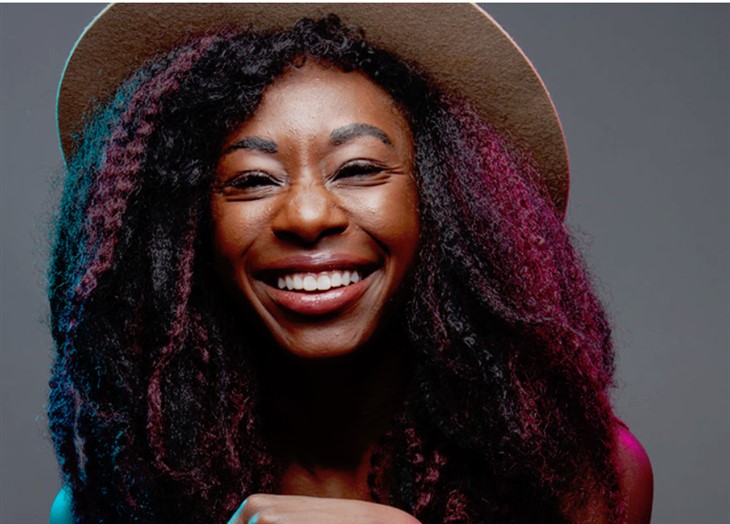 The Bold and the Beautiful comings and goings reveal there’s a new doc in town.  Vasthy Mompoint was introduced as the newest Dr. Ricks on “The Bold and Beautiful’s” episode on April 8.

SOD Bold and the Beautiful spoilers revealed Dr. Ricks’ first appearance has something to do with the show’s latest mystery story about a murder. Vasthy plays the newest coroner based in Los Angeles.

Hours before B&B aired her first scene as the newest coroner on the show, Vasthy shared a photo of her beaming while wearing her doctor uniform on her Instagram account.  The actress shared that this is her first recurring role, soap, and daytime TV show gig.

She wrote in her post: “If you want to see me like this but in a serious doctor way, tune into @boldandbeautifulcbs at 12:30 PM/PT today or catch it on Hulu tomorrow!!”

“This is my first reoccurring role, soap, and daytime TV gig and I’m so excited!! I hope I look cool! It’s very important to me to look cool. It’s why I got into this business and I hope I don’t disappoint. Hope you can watch!”

Vasthy landed a huge role in 2020 on CBS Diversity Sketch Comedy Showcase, a comedy show with live performances and original writing. The showcase originated 15 years ago as a platform for diverse talents, which is attended by executives, showrunners, casting directors, talent agents, and managers from the entertainment industry.

Vasthy hasn’t thought that a year later, she’d be the newest Coroner in B&B. 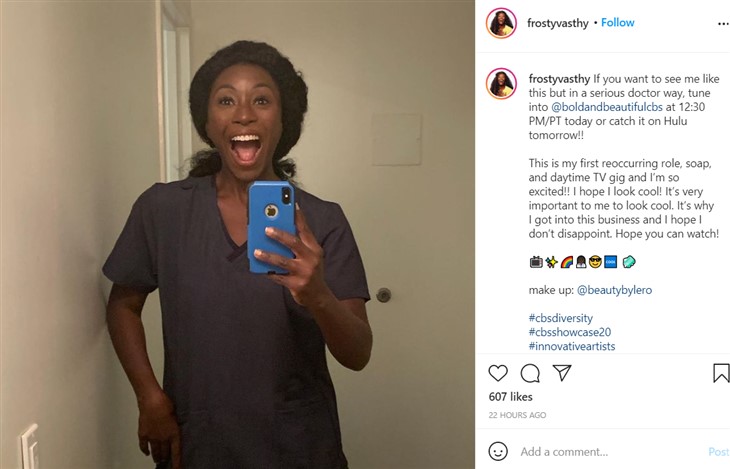 The Bold And The Beautiful News – First Day In The Show

The Bold and the Beautiful newcomer shared the details of her first at the studio. They started earlier and according to her, everything was warp speed since she’s not used to working that way.

“But I absolutely loved it. My brain went dancing mode and the director was like the choreographer, shooting out information super-quick, and it all just clicked,” she recalled.

Tanner Novlan (Finn), her primary scene partner, assured her “I’ve got your back” when being asked if it was her first soap opera. Vasthy was grateful to him and the whole cast. “He was like my coach. He and the whole cast were so supportive,” she added.

The star came from a long line of nurses: her mom, sister, and aunt. She relives her family’s business for the role. “I’m going to be my mom today,’ so it was like I stepped into her shoes. I used to watch her at work and it felt really cool to feel like I was in the family business for a few days.”

Vasthy, daughter of Haitian immigrants, uncovered that the show is close to her heart as her late grandmother was fond of it. “Bold and Beautiful helped my grandmother learn English when she moved to America.”

“…many of my early memories are of my grandmother watching B&B. and that’s why it was so full circle. When I booked the show, I thought, ‘How cool is that?’”

Keep checking Hollywood Hiccups for more The Bold and the Beautiful comings and goings and spoilers.