The Young And The Restless (Y&R) Spoilers: Ashland’s Sudden Cardiac Emergency – Will The Tyrant Live or Die? 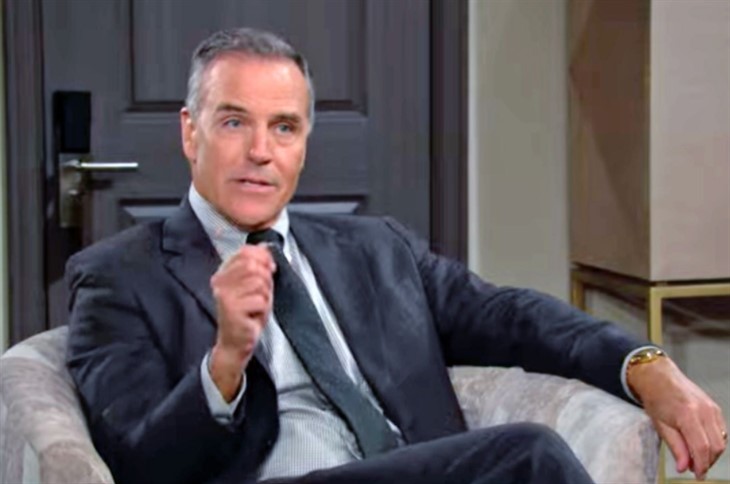 The Young and the Restless (Y&R) spoilers document that Ashland Locke’s (Richard Burgi) health crisis winks at major implications on Y&R. If he were to die, Kyle Abbott’s (Michael Mealor) paternity issue would change dramatically and Victor Newman’s (Eric Braeden) desire to sue over a broken deal with the Lockeness Monster could be thwarted.

After initially rejecting the assertion, Tara Locke (Elizabeth Leiner) told Kyle that he is the father of her son. Ashland arrived in Genoa City, Wisconsin, believing that he had a three-year-old child. But that assumption, along with his life, could be in jeopardy.

The Young And The Restless Spoilers – No Paternity Test Taken

Kyle has no proof that he’s Harrison Locke’s (no actor’s name known for this role) biological father. Tara has verbally stated that’s the case, which doesn’t serve as proof.

The Young And The Restless (Y&R) Spoilers: Rey’s A Fool, Believes Chelsea’s Story

However, Tara would seem to have little reason to lie about the issue. She knows that a paternity test would prove who Harrison’s father is, be that Kyle, Ashland, or possibly even Theo Vanderway (Tyler Johnson).

If Y&R writes Burgi’s new character into the grave, then Kyle would no longer need to fear Ashland’s vengeance. The relationship with Tara would become a moot point and there would be no fatherly battle to wage.

Hardcore fans recall the infamous scene where Victor collapsed at the Colonnade Room, which was once this soap’s upscale dining and premiere gala setting. Today’s potential grandfather, Jack Abbott (Peter Bergman), was in his snarky prime during the meeting with Braeden’s character at that time in show history.

Victor suffered a heart crisis in the Colonnade Room, with Jack being the only person present. Bergman’s impromptu reaction, where Jack brushed by Victor, as he left the Moustache for dead, remains a key part of one of Y&R’s most legendary scenes.

Now, decades later, Ashland suffers a crisis in the Newman Ranch living room. So, will Victor summon help or pull a Smilin’ Jack?

The Young And The Restless Spoilers – All Things Newman Again

Ashland reneged on the Cyaxares deal when telling Victor that Adam Newman’s (Mark Grossman) legal troubles were too weighty. Burgi’s character summoned Victoria Newman (Amelia Heinle) and Billy Abbott (Jason Thompson) to his suite at the Grand Phoenix Hotel, where a coin was flipped and Newman Enterprises emerged as the new winning bidder for Ashland’s media company.

The Young And The Restless (Y&R) Spoilers: Is Chance Coming Back – Abby Hopes For Husband’s Return #YR #youngandrestlesshttps://t.co/ay4A6GH3CD

After having it out with Victor at the Ranch Ashland then decided to renege again, saying that the second agreement with Victoria was off as well. He then clutches his chest and the next drama in the daytime unfolds.