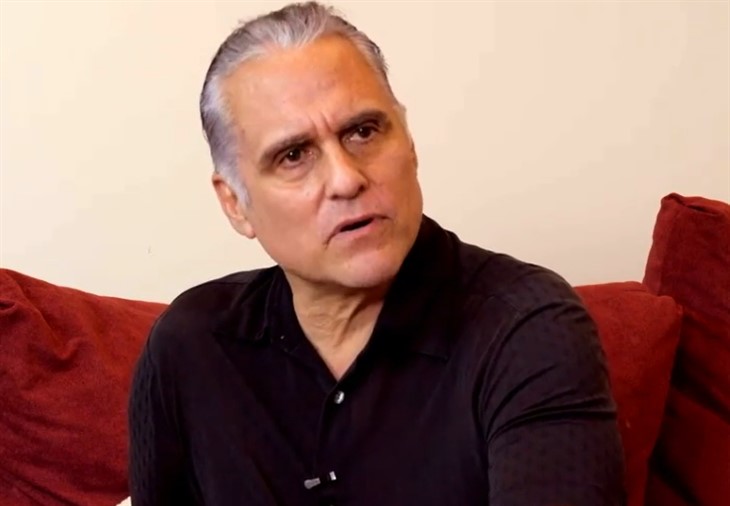 General Hospital (GH) spoilers and updates tease Maurice Benard, also known as Sonny Corinthos on GH received a Christopher Award for his book titled, “Nothing General About It: How Love (And Lithium) Saved Me On And Off GENERAL HOSPITAL.” The actor said in a tweet, “So proud.”

Benard isn’t the only one who received the prestigious award during the event that celebrated courage faith and hope. During the 72nd Annual Christopher Award, 22 films, TV programs, and books for young people and adults were honored.

Benard documents his battle against anxiety and bipolar disorder in his book, “Nothing General About It: How Love (And Lithium) Saved Me On And Off GENERAL HOSPITAL.” It was back in 2000 when the actor revealed to the public his bipolar disorder. He had a nervous breakdown at the age of 22. He took lithium, which helped him a lot with his manic episodes.

He released his book on April 7, 2020. It was at this time when quarantine started in the U.S. because of the coronavirus pandemic. During this time, the actor admitted that he suffered “two weeks of torture” along with two panic attacks. But he managed to “deal with it – accept it, move through it.”

The Christophers is a non-profit organization that was founded by Maryknoll Father James Keller back in 1945. Created in 1949, The Christopher Awards recognized authors, directors, producers, and illustrators for their inspiring work that also reflects the Christopher motto, “It’s better to light one candle than to curse the darkness.”

The Christophers’ Director of Communications, Tony Rossi, said that “The stories we are honoring introduce us to people and experiences that may not be a part of our everyday lives.”

“Stories of refugees fleeing violence and persecution, for instance, or young caregivers devoting themselves to loved ones with dementia and other medical issues remind us how much we have in common even when the particulars of our lives differ,” he said.

He explained that we have the same God and that everyone deserves respect and compassion. There’s still a chance to change the world for the better through the power of love and faith.

General Hospital Spoilers – Other Recipients Of The Christopher Award

The other winners include “ABC News World News Tonight with David Muir and Nightline: The Children of Auschwitz,” “Clouds (Disney Plus),” “Pray: The Story of Patrick Peyton (Family Theater Productions),” “Trying by Kobi Yamada,” and “After the Last Border (Viking/Penguin Random House).”