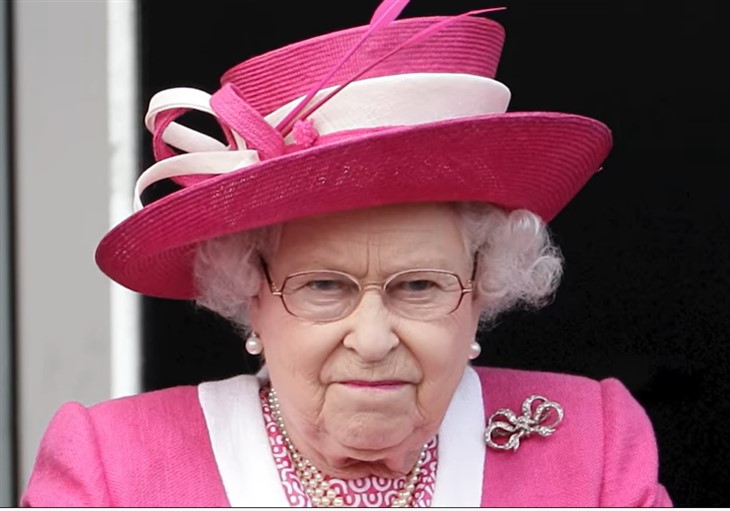 British royal family news reveals that as Prince Philip, Duke of Edinburgh’s funeral on Saturday draws near, his loved ones are each mourning in their own ways. Today the Queen was seen walking her corgi and her dorgi and Prince Edward and his wife Sophie arrived at Windsor Castle to gaze at the sea of tributes left by mourners for Prince Philip.

In a touching scene, one lone Queen’s Guard stood to attention as the monarch drove away from the castle with her two puppies and on to Frogmore Gardens, near where her grandson Prince Harry is said to be isolating at Frogmore Cottage.

According to MailOnline Her Majesty is, “bearing up well,” in light of tremendous grief. She and Philip were married for 73 years and today she finalizes the preparations for her husband’s funeral tomorrow.

In the midst of her burden, she must deal with the fractious discord between Harry and his brother William. Apparently, rumors of them mending their rift were premature and overly optimistic as it is reported that she ordered the two of them not to walk shoulder to shoulder behind their grandfather’s coffin when he is laid to rest. So much for family unity and putting aside one’s differences for the sake of decency—we’re looking at you, Harry.

The brothers are among a select group of family members (all male except for Princess Anne) who will follow Philip’s body on foot. But the feuding brothers will need to be separated by their cousin, Peter Phillips, on the eight-minute walk from Windsor Castle to church.

The Queen will be at the end of the procession in the royal Bentley, and she will engage in a moment of quiet reflection when her car pulls behind the coffin and pauses.

The coffin will be borne on a Land Rover partly designed by Philip, and which is being used at his request.

As the coffin is carried into St. George’s Chapel William (the heir) will move ahead of his younger brother (the spare). The Queen will sit alone among the 30 guests.

An insider told MailOnline, “Final preparations are going on today and she is in control.”
On Friday afternoon her confidante and dresser Angela Kelly will help her choose an outfit and she will have a haircut. Tomorrow all eyes will be on her in what is sure to be one of the most difficult times of her life.