Sherri Cartwright Shares First Photo Of Herself With Baby Cruz 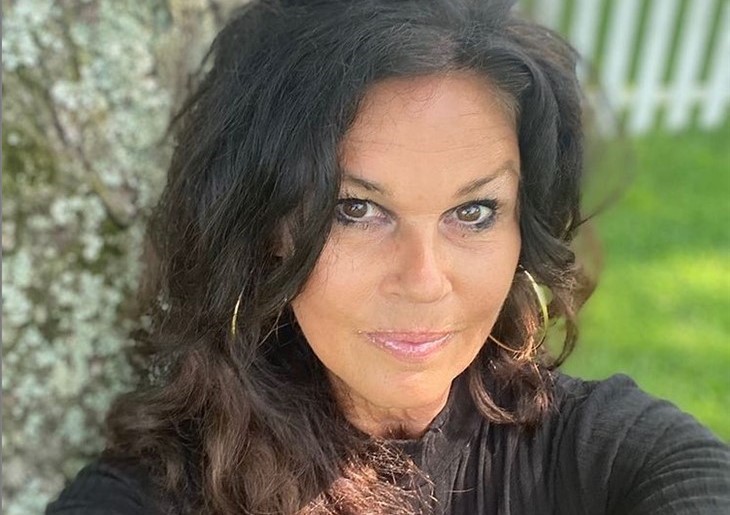 Sherri Cartwright, Brittany’s mom and mom-in-law to Jax Taylor seem delighted with their baby, Cruz. She very nearly didn’t meet her grandson, so fans can only imagine her joy as she cuddled the black-haired newborn. Some Bravo fans might not know that she nearly passed away last year following serious complications from her bladder surgery.

Vanderpump Rules fans heard that Brittany finally delivered her little boy. Jax was beside himself with excitement as the due date neared. He danced around and shouted out about stem cell preservation. In his clip, he practiced putting on diapers. Well, he can stop practicing now and do the real thing. Just two days after this post, he and Brittany welcomed little Cruz Michael Cauchi. Of course, the happy couple shared the first photos of their son on Instagram.

Sherri Cartwright also shared a photo of Cruz on her Instagram and it seems especially nice. After all, she progressively fell more and more ill after botched bladder surgery. She ended up in the ICU several times. At one stage, she asked fans to please pray for her. Clearly, the thought of her death crossed her mind as evidenced by her own birthday post on March 28. In that post, she noted, “I want to thank God for letting me see another birthday.”

Grandma Sherri Cartwright captioned her post with, “My grandson is so beautiful and I’m so excited to be the Mimi of Cruz Michael Cauchi 💙.” Next, she thanked “God” for their “little blessing 💙.” 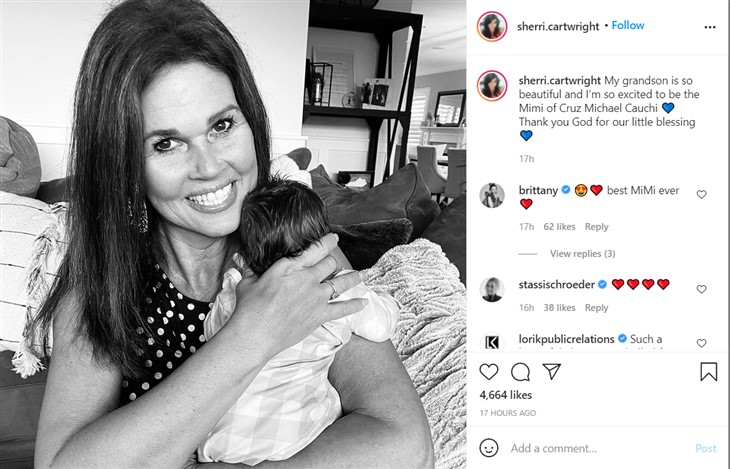 Naturally, lots of Vanderpump fans who saw Sherri at Brittany and Jax Taylor’s wedding responded to her post. Bravo fans also saw Sherri during the days of Jax cheating on his girlfriend. So, they followed her illness closely. Now, they rejoice for her because she lived to meet baby Cruz.

Sherri Cartwright fans told her they think that she’ll be a wonderful “Mimi.” Some of them noticed that she looked so “beautiful” as she soaked up her joy. Of course, plenty of them sent in their “congratulations.”

A lot of commenters talked about baby Cruz and his thick black hair. One of them said, “Congrats!!!! Beautiful!!! And that head of hair! How precious!!! 💙💙💙.”

Sherri Cartwright’s lucky she sits with her grandchild right now. It’s not clear if Jax Taylor’s mom, Marie Cauchi met her grandchild yet. Recall, Jax fell out with her when his dad passed away. He claimed that she never told him how ill his dad was. In fact, it seems that she refused the invitation to Jax and Brittany’s wedding. Hopefully, they reconcile and she also meets with baby Cruz soon.

Remember to check back with us often for more news about Jax and Brittany’s baby, Cruz.