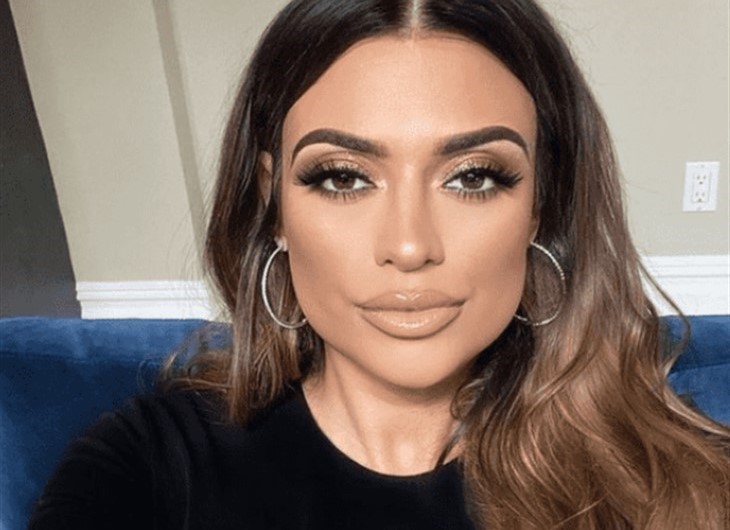 SEE AM FOR PIC Real Housewives Of New Jersey rumors about Michelle Pais joining the cast arose in August last year. The rumors that she might join Season 11 of the Bravo show came when Instagram photos emerged. They revealed her out and about with Melissa and Teresa Giudice. Sure enough, the real estate broker arrived, along with her husband Jon Steingraber.

One breakout drama arose when Melissa Gorga’s husband Joe and Jon clashed. Jon, a motivational speaker did some work for Joe at a Grow with Gorga event. Jon claimed that as he sold some business for Joe, that Joe owed him a lot of money. However, Joe denied it. In fact, he wondered why Melisssa recommended Michelle Pais to help sell Teresa’s house. In the end, Teresa ditched Michelle and sold her home through another real estate agent.

The Real Housewives Of New Jersey star undertook a Q&A which blogger John Yates shared on his Instagram on April 15. At one stage, Jennifer Aydin suggested that Bravo fans might expect a shakeup for the next season. In her Q&A, Michelle Pais told her fans why she planned her exit. Additionally, she also mentioned that she films for another show. Certainly, it sounds like she nurses some major issues with all the drama and editing on RHONJ. 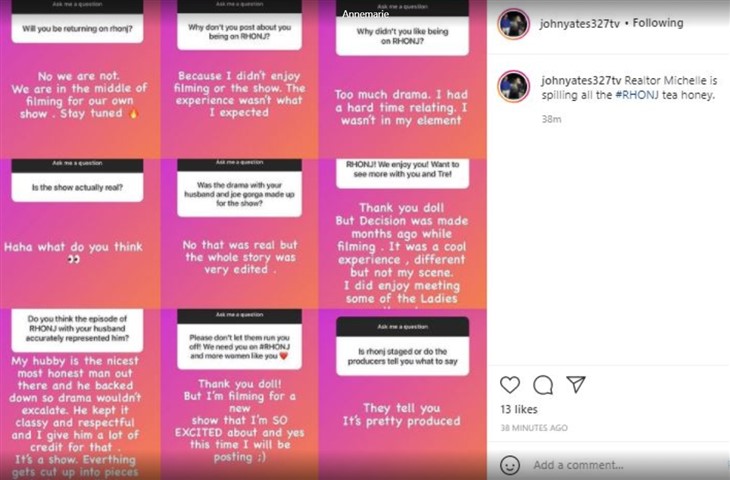 Talking about The Real Housewives Of New Jersey editing, Michelle admitted that the clash between Jon and Joe happened. However, she also noted that a lot of cutting and editing takes place. In fact, she feels that sometimes, the production team “over edited.” Clearly, the editing and all the drama worked on Michelle’s nerves. Asked why she seldom posts about the show, she said that she “didn’t enjoy filming or the show.” Additionally, it came with “too much drama.” Elaborating, Michelle feels that she couldn’t “relate” as she felt out of her “element.”

She also answered a question about whether the Real Housewives Of New Jersey is “staged.” Or, “if the “producers tell [them] what to say?” Michelle’s answer seems diplomatic. She replied saying, “They tell you it’s pretty produced.” Mind you, she also tempered her criticism about editing and drama. An upside included her enjoying “meeting some of the ladies.” Actually, her entire message about leaving the show centered around the drama and editing. However, she plans on posting about her new show. After all, she said that she feels very “excited” about it.

Her decision made, it looks like a permanent sayonara. Actually, the real estate agent seems reluctant about any future seasons on Bravo. She didn’t elaborate on the new show or the network, but it might relate to real estate which likely comes with way less over-edited drama.

Remember to check back with us often for more news, updates, and spoilers about the cast of Bravos’ Real Housewives of New Jersey.