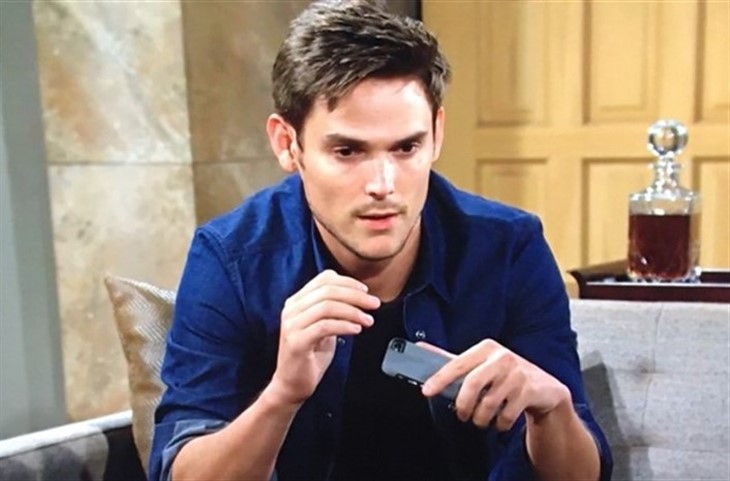 The Young and the Restless (Y&R) spoilers document that Adam Newman (Mark Grossman) was forced to flee the cottage where he was hiding. So, it makes sense that Victor Newman (Eric Braeden) will again act as Adam’s co-equal protector, along with Sharon Rosales (Sharon Case).

Adam’s determination that Chelsea Lawson (Melissa Claire Egan) framed him for Rey Rosales’ (Jordi Vilasuso) poisoning forced Grossman’s character to go on the lamb. Sharon’s subsequent contact with Adam led Rey to force her to inform him where the criminal suspect was located.

The Young And The Restless Spoilers – Nick Newman Joins The Hunt

Nick Newman (Joshua Morrow) truly appreciates Adam saving his daughter’s life, which was the second time that’s happened in Y&R’s history. The repeated instance meaning Nick needed to grudgingly say that he was grateful to Adam.

However, Nick is not so grateful that he believes Adam should receive due process. He, like Rey, wants Adam behind bars. Their emotions rule the logical portion of their brains because of Sharon and connected family issues.

Rey wasn’t fazed by Nick’s arrival at the cottage. Chance Chancellor (as last played by Donny Boaz) should have been on this case. But Y&R’s unusual removal of that character in the recent past makes Nick into Rey’s unofficial investigative partner on this case.

Sharon is betting on the right horse. Adam did not poison Rey and Chelsea is the real criminal. That theory appears to be wild, but time seems likely to reveal that Chelsea has been faking paralysis and also regained her ability to speak in recent weeks.

While Sharon’s instinct will be verified, her unbroken connection to Adam is the problem in Rey’s eyes. Vilasuso’s character resisted commitment to Sharon because of Adam, making the current storyline a potential path to Shey’s ending.

The Young And The Restless Spoilers: Kyle Finds Courage, Stands Up To Ashland Locke #YR #youngandrestlesshttps://t.co/oSXNh9F3BI

The Young And The Restless Spoilers – Victor Newman Is Involved

There have been moments in time when Victor wanted to discipline Adam. While he didn’t always behave like a responsible father, Braeden’s character never stopped loving Adam and was clearly overjoyed to learn that he survived the cabin blast.

Adam is far more like his father than his mother, Hope Wilson (Signy Coleman). Both Newman’s are ruthless. They are fierce defenders of their egos and family, in that order. They also share vulnerable elements within their personalities that are sometimes mutually projected, as is being seen in this Y&R storyline.