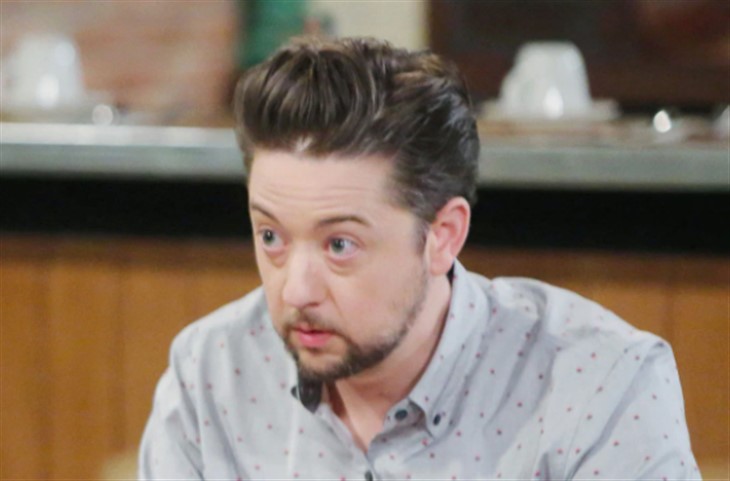 General Hospital (GH) spoilers indicate that some of the best characters to arrive in Port Charles are the ones who leave an impression and leaves the viewer rooting for them to succeed. It’s been many years since he arrived in Port Charles, but Damian Spinelli (Bradford Anderson) quickly became one of the most loved characters on the show.

His unique way with words and the nicknames he gave to people was certainly good for a laugh but they also made Spinelli unique. But he played sadness and grief in very real ways as well. It’s hard to forget the moment he discovered Georgie Jones’ (Lindze Letherman) body after she was murdered by the Text Message Killer. His words were simple and yet even now they are deeply moving. He simply said, ”Something beautiful has died,” once he realized she could not be revived.

General Hospital Spoilers – The Beginning Of Stone Cold And The Jackal

Spinelli arrived in Port Charles as an employee of one of Sonny’s enemies, and from the beginning, Spinelli proved that he could do just about anything with his laptop. Jason Morgan (Steve Burton) took Spinelli in and Spinelli dubbed him, “Stone Cold”.

General Hospital spoilers and recaps show Jason always seemed to be serious and never let his emotions show if he actually had any. Interestingly enough, it’s the only nickname Spinelli uses these days. Back then the fact that Jason kept Spinelli around is the proof that was already becoming close. Jason rarely let himself get close to anyone so it was refreshing to have someone there to balance Jason’s emotionless demeanor.

At first Lulu Spencer (Emme Rylan) was the object of Spinelli’s attention. But she didn’t really see him as anything other than a friend. Before she died, Georgie had a crush on Spinelli but never really had the chance to tell him how she really felt. But Maxie Jones (Kirsten Storms) had no use for the geeky teenager and he didn’t really like Maxie either.

But after Georgie’s murder, Maxie and Spinelli were both determined to bring her killer to justice and they began to actually like each other, and eventually, the unlikely couple fell in love. Like any soap opera couple they had their share of ups and downs, but after Maxie volunteered to be Lulu’s surrogate she tragically miscarried.

GH spoilers and recaps reveal Spinelli showed up and was able to console her, to the point where they made love. Maxie was pregnant again, but she failed to tell anyone that Lulu’s baby died. She let everyone believe that the baby she conceived with Spinelli was Lulu’s.

It was around this time that Ellie Trout (Emily Wilson) started working in the labs at General Hospital. She was almost the female version of Spinelli although they also had their struggles, when Ellie eventually took a job at a lab in Seattle, Spinelli planned to move away as well.

At the time, Maxie decided that she wanted her baby back from Lulu and a bitter custody battle ensued on General Hospital. Spinelli finally found out he was a father and when the judge didn’t want to give the baby to either Lulu or Maxie, they had a third option.

The judge was impressed with Spinelli and he got full time custody of his little girl, who was renamed Georgie. But since Spinelli was moving to Portland, it meant that Maxie would rarely see her child. But Spinelli made it clear that he would do whatever possible to help Maxie see Georgie as often as possible.

Damian and Eliie remained in Portland for several years. Spinelli would visit sporadically but last year he announced that Ellie had taken a job close to Port Charles. They moved back but Ellie is rarely mention and has not appeared on screen since they moved back. It’s much more difficult to sympathize with Spinelli when we only see his interactions with his friends in Port Charles, but soap operas are primarily founded on romance.

As long as Ellie remains off-screen, it means that Spinelli won’t have any on-screen romances in the future unless Ellie is either killed off or she leaves Spinelli. One scenario would be that Ellie never moved back from Portland, but she kicked Spinelli out after he spent one too many nights helping either Jason or Maxie and leaving her alone to fend for herself.

It would be tragic if Spinelli blamed himself and couldn’t even admit to his friends that he got dumped and is living in Port Charles on his own. If General Hospital wants to make Spinelli a viable character in every way, the Ellie situation has to be resolved.

Should we actually get to see Ellie and Spinelli onscreen together so we can root for them. Or should Ellie either be killed off or still living in Portland so Spinelli’s can actually have romance again, either with Maxie again or someone new.

Love only works when both people are present in Port Charles so stay tuned to General Hospital airing weekdays on ABC. And don’t for get to check back right here regularly for all your General Hospital news, information and spoilers!