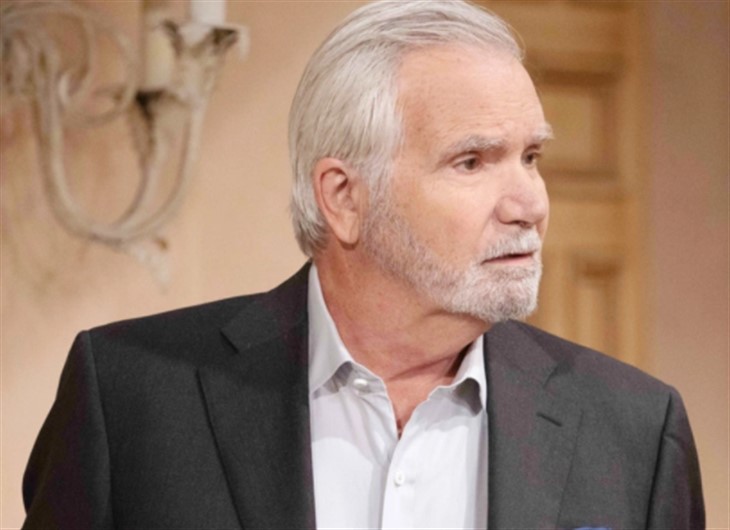 The Bold and the Beautiful (B&B) spoilers say that if there’s anyone who needs a break from like right now, it would most definitely be Eric Forrester (John McCook). As a matter of fact, it seems like he’s got his hands full with all of the drama at the Forrester Mansion right now. Read on for all of the latest spoilers.

As many fans know, Zoe Buckingham (Kiara Barnes), who still has high hopes that she will get back with Carlton Walton (Lawrence Saint-Victor), goes to both Eric and Ridge Forrester (Thorsten Kaye) to talk about her situation. In fact, she is hoping that the two men can somehow talk to Carlton to make him realize that he and Zoe do in fact belong together, despite everything that has happened most recently.

John McCook, who plays Eric Forrester on the hit CBS soap, puts it this way to Soap Opera Digest in a new interview, “Zoe comes in and she is pleading her case with Carter to Eric and Ridge and she makes an effort to get them to intervene on her behalf.”

John adds, “She wants to assure him that she has never really interested in Zende and she’s done with that. She’s really desperate now, going to her employers to talk about these things – but they are starting to see that she’s really sincere about that.”

B&B Spoilers – What Will Eric Forrester Do Next?

The Bold and the Beautiful spoilers say that after Zoe leaves, Eric decides to share his feels about the state of his marriage to Quin Forrester (Rena Sofer). Clearly, he is still having a hard time trusting her. He tells Ridge that yes, he invited her back into his mansion, his life, and their marriage, but he’s unsure if this is the right decision that he is making.

The Bold And The Beautiful Spoilers: Liam Breaks Up With Hope, Convinced He’s Going To Prisonhttps://t.co/SHRFiq4rDI

Eric then goes on to tell Ridge that he’s not comfortable with her and that is rather disconcerting. So does this mean that Eric is thinking about making yet another major change? And if so, how will Quinn feel about this? Of course, B&B fans will have to tune in for all of the action!

The Bold And The Beautiful Comings And Goings: Kiara Barnes Departs – But Will Zoe…