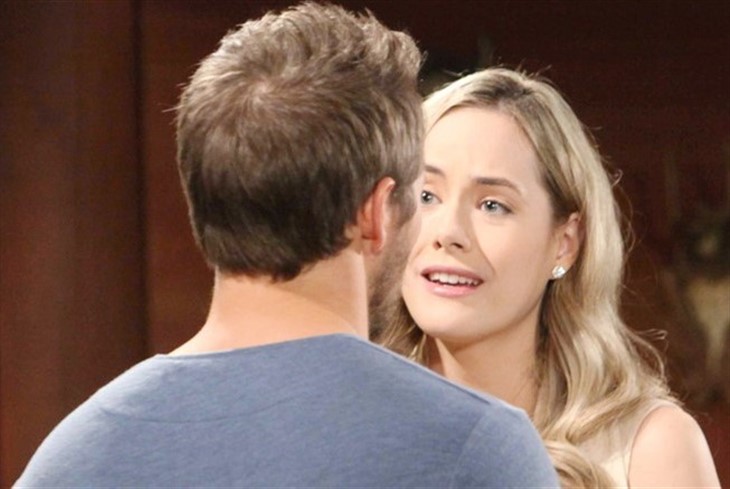 The Bold and the Beautiful (B&B) spoilers reveal that Liam Spencer (Scott Clifton) will reconnect with his wife. Despite Bill Spencer (Don Diamont) trying to keep Liam quiet, Hope Logan Spencer (Annika Noelle) will eventually find out the truth. When she does, could she fix Bill’s mess and free Liam of the guilt? What does that mean for Liam’s future once the police learn the truth?

The Bold And The Beautiful Spoilers – Hope Logan’s Investigation

B&B spoilers reveal that Hope decides she needs answers. She knows in her gut that something isn’t right with Liam. She’s not getting anywhere on the phone so she decides to see him in person. Now, once Liam sees his wife and she urges him to tell her what’s going on. Liam is in such a frazzled state that he needs to tell someone the secret or he’s going to self-destruct. So, he starts to tell Hope everything — until Bill walks in and takes over the conversation.

Hope won’t know that Liam killed Vinny Walker (Joe LoCicero). However, she realizes that Liam’s odd behavior began at the same time as Vinny’s body being found. She will turn to her new BFF Thomas Forrester (Matthew Atkinson) and tell him all about it.

However, suspecting Liam is responsible is one thing. Getting him to confess or proving it is another. There is also Hope’s fear that Liam could go to prison. She knows that her husband is not a killer and can’t imagine why he would leave the scene of a crime.

The Bold And The Beautiful Spoilers – Liam Spencer Reconnects

The Bold and the Beautiful spoilers reveal that Hope will start to think and realize that Bill is in on this. That he took the phone from Liam when she was trying to talk to him. That Bill butted in their conversation when Liam was trying to tell her the truth. That Bill is following Liam around like a shadow ever since this all started. She knows that the only option is to get Liam away from Bill. So, she asks him to move back home. She was going to ask him to do that anyway, but he needs to get out from under Bill right now.

It is teased that if Liam moves back in with Hope, he will eventually break down and tell her everything. Hope is the stronger of the two and will know what needs to be done. No matter what the consequences are — even prison — the truth has to be told. Even though it is terrifying, “Lope” truly believes that the truth will set Liam free. To find out if they are right about that, we will have to keep watching the CBS soap.