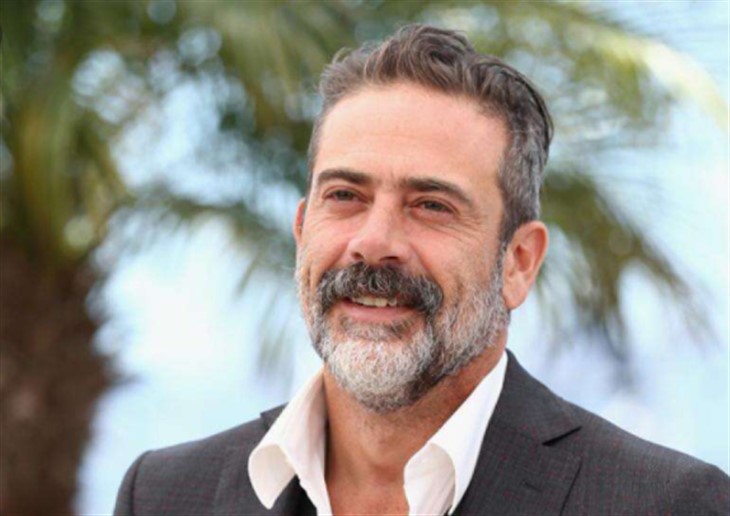 It’s definitely family hour for the hit horror/drama series The Walking Dead as Jeffrey Dean Morgan’s 11-year-old son takes up his first acting role in the series. His father has been a series regular from season 7 and started featuring in the film as a guest star in season 6, portraying his on-screen character Negan with all the tenacity and aggression that comes with it.

The proud father can’t wait for the world to see his son in action.

I think anyone can now cheekily ask what Augustus and his father Jeffrey Dean Morgan have in common apart from cool names and familial ties. The right answer would be that the two actors starred together in The Walking Dead, I mean duh.

Jeffrey Dean Morgan first shared the news that his son would be making his first movie appearance in the AMC show for its 11th and final season. Now, he’s recently updated his fans by giving them a sneak peek of what they can expect, hope for, and look forward to in the upcoming season finale.

He shared a black-and-white photo of Gus wearing his full zombie makeup on his Instagram page on Thursday, April 15. He captioned the picture, “My kid. Just a peek… as a dad, I have to say, I’d be hard-pressed to remember a time I’ve been more proud of this dude. Can’t wait for y’all to see him in action. #gusydean and #zombielife”

Hilarie Burton, with who he’s been in a relationship for over 10 years, beautifully commented on the post “I love my apocalyptic dudes” followed by three heart emojis. The couple also shares a 3-year-old daughter George Virginia Morgan.

Gus will be the third Morgan to add the show to his filmography. 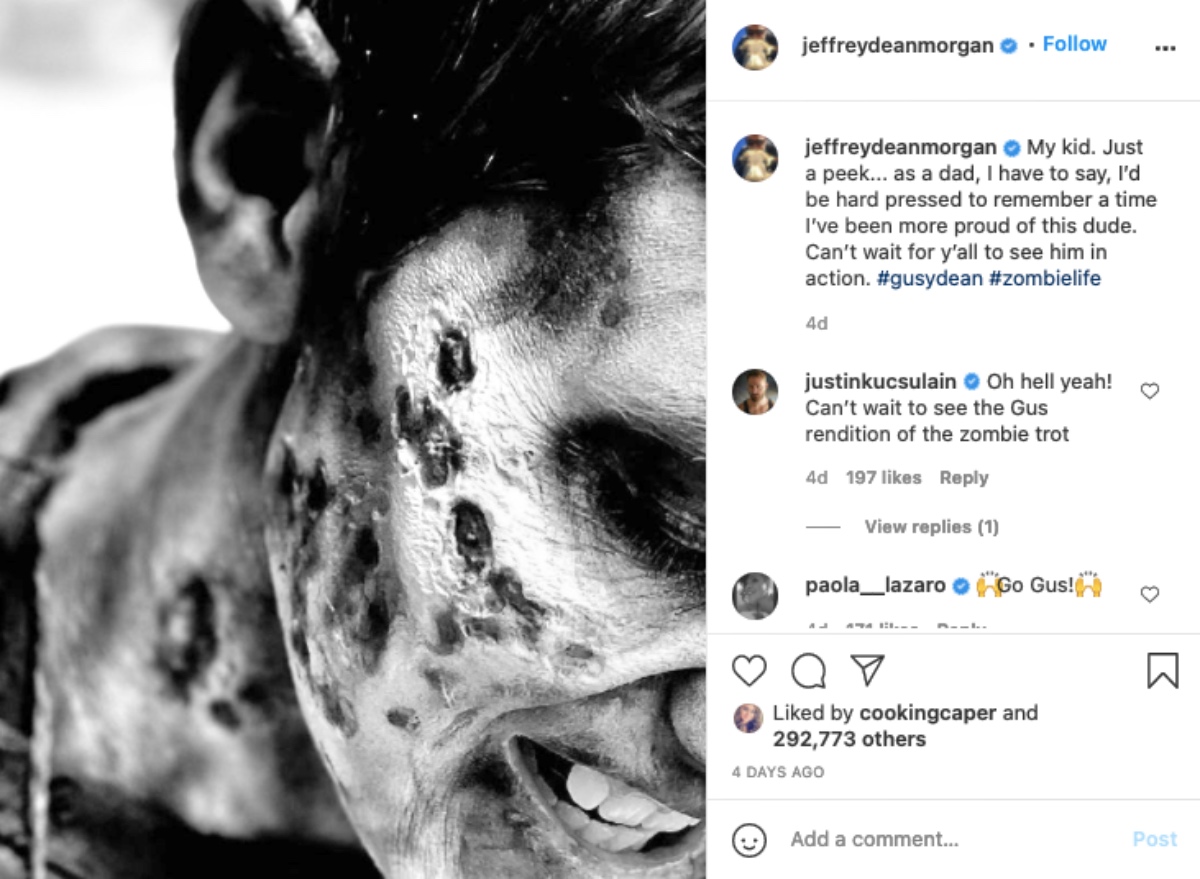 The final season of the show has been reported to have 24 episodes, and shooting is expected to end in March 2022. Jeffrey, 54, gave updates concerning The Walking Dead production on The Late Late Show with James Corden.

But it’s obvious he’ll rather be gushing about his son’s appearance on the show than the show itself because he goes right to talking about it. “He is so pumped. It’s ridiculous. It’s kind of a cool role that he’s doing in the show,” he said of his son who is a featured walker on the show.

His full zombie makeup looked so good and deadly in the little sneaky picture we got to stare at in wonder, what, that can’t be cute little Gus. Gus was transformed into an undead creature with heavy-duty decaying makeup and his dad recalled one zombie makeup session that did not turn out so well.

“Last time we did kind of any zombie makeup on him, he looked at his reflection in the mirror and passed out. That just dawned on me today,” Jeff said. “Now, that was a few years ago so I’m hoping he doesn’t pass out this time around because the makeup’s gonna be extensive and cool. He’s so excited.”

Luckily for the show’s fans, Gus didn’t pass out this time, so they’ll get to see their cool zombie walker sometime in the episodes of season 11.