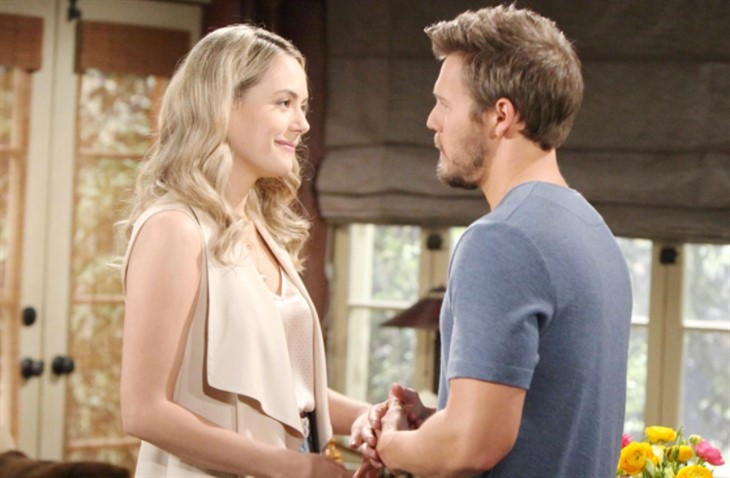 The Bold and the Beautiful spoilers reveal that Hope Logan (Annika Noelle) is ready for her husband to come home. She requests that Liam Spencer (Scott Clifton) move back in. However, Bill Spencer (Don Diamont) knows if that happens, Hope will soon find out the truth about Vinny Walker (Joe LoCicero). Could he prevent “Lope” from reuniting to protect a deadly secret?

The Bold And The Beautiful Spoilers – Hope Logan’s Request

B&B spoilers reveal that Hope admits she misses having her husband around. She thinks that they can make things work and fix what’s broken with their relationship. She is ready to forgive Liam for sleeping with Steffy Forrester (Jacqueline MacInnes Wood). She feels that it is best for her marriage and for the children. So, she makes a “welcome request.” We imagine that means she will ask Liam to move back in.

Ever since Hope found out about the one-night stand with Steffy, Liam has been trying to fix things. He has begged over and over for Hope to not give up on their relationship. He made huge progress while talking with Hope one night recently. They kissed and it was clear that they were going to get back together. However, that is also the night that Liam struck Vinny while driving Bill’s car.

The Bold and the Beautiful spoilers reveal that Liam has been struggling with keeping the deadly secret. The one person he can’t keep the truth from is Hope. So, when she asks him to move back in, there could be a few different outcomes. Liam could deny the invitation because of his mental state. He might worry Hope will never forgive him for taking another man’s life. He could also think he doesn’t deserve happiness after killing Vinny. Or, he could jump at the opportunity to get his marriage back. The only problem with that last option is that Bill won’t take any chances with Liam’s freedom. It’s possible that Bill will stop Liam and Hope’s reconciliation.

The Bold And The Beautiful Spoilers: Bill Jumps Into Action, Stops Liam From Confessinghttps://t.co/p38qaxPvr2

Even though Bill is trying to protect Liam by keeping their deadly secret, the plan is quickly unraveling. Liam is trying to confess at every turn. Plus, Bill hoped that throwing away Vinny’s personal items would take the focus off of them. However, it’s just making them more guilty. Will Bill keeping Liam and Hope apart to protect the hit-and-run secret end up blowing everything sky-high? It certainly sounds like it! We will have to keep watching the CBS soap to find out how this story ends.