The Young And The Restless (Y&R) Spoilers: Will Adam Fake His Own Death Again With The Help Of His Father? 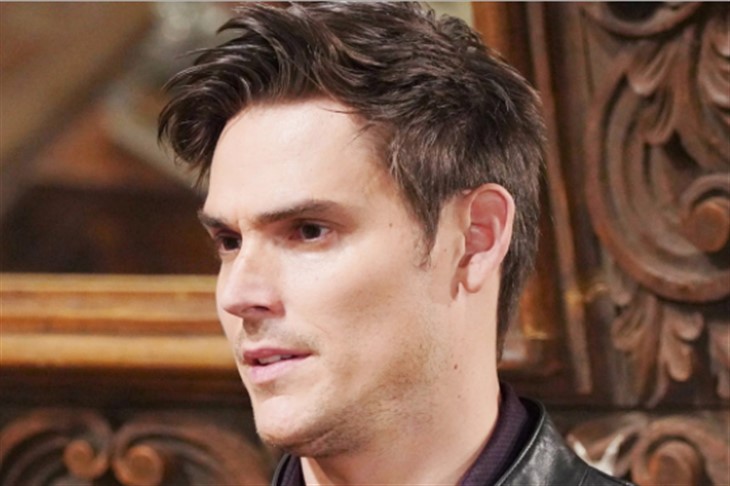 The Young and The Restless (Y&R) spoilers tease that Adam Newman (Mark Grossman) may fake his own death again with the help of his father, Victor Newman (Eric Braeden). It seems like that may be the only way to buy his son any time until he can clear his name. Longtime viewers of The Young and The Restless will recall that both men have faked their deaths a few times before!

Viewers of The Young and The Restless will remember that the last time Adam possibly faked his death he was found in Las Vegas, seemingly with amnesia, although some thought he could have been faking that as well. He had made a new life and a new living as a gambler named Spider. Chance Chancellor (most recently Donny Boaz) had a case he was assigned to there and had recognized him, and that was when Adam had saved Chance’s life. They did leave a skeleton in their closet, or more likely in the remote desert in a grave, and Chance returned to his mission, and Adam was eventually retrieved and brought back to Genoa City, having regained his memory.

Longtime viewers of The Young and The Restless will remember what happened before that – Victor “abducting” Adam and hiding him out in a cabin, which later exploded! Adam had been presumed dead but then showed up in Las Vegas with possibly faked amnesia later, and Victor had mysteriously run into him there when he was Spider. Adam’s DNA was found in the exploded cabin so it is highly likely Victor helped him fake his death that time as well! The last Newman who faked his death, however, was Victor, and it was to put a guilt trip on Adam – Victor had been suffering from a rare, and fatal, blood disease for which Dr. Nate Hastings (Sean Dominic) had been treating him with an experimental treatment.

Adam had managed to get some of the pills Victor was on and switched them – but even that ill, Victor was one step ahead. He had taken one dose and had some problems, and so he and Nate and all the Newmans with the exception of Summer Newman (Hunter King) and the children were in on the scam. Victor “collapsed” at the Newman Ranch and it was publicized that he had died from a medication error. It did the trick. Adam felt horrible for what he had done, which caused his father’s “death!”

Early spoilers for The Young and The Restless for the week of April 26 tease that the Newman family will receive shocking news! Victor may be forced to help fake Adam’s death and possibly fake his own death at the same time in order to clear Adam from the charges leveled against him! Victor knows Chelsea Lawson (Melissa Claire Egan) has been faking, and that she, along with the help of her friend Chloe Mitchell (Elizabeth Hendrickson) planted thallium in Detective Rey Rosales’ (Jordi Vilasuso) personal care items, causing him to be poisoned. Personal items belonging to Sharon Rosales (Sharon Case) were also planted in Adam’s car. By doing so she effectively framed Adam for the poisoning of Rey Rosales.

The Young And The Restless Comings And Goings: A Major Cast Change Coming #YR #YoungandRestlesshttps://t.co/IQzkRAy2Zt

Unfortunately, the Newmans, with the exception of Victor, probably won’t be really shocked if Adam is reported dead, although if Victor was as well, that certainly would be a shock if he didn’t bring them in the loop on this one! In order to save Adam and get him exonerated from his charges, Victor will have to outcon the con, in this case being Chelsea, and he may have to go to extremes in order to do it!

This time it will be harder to find Adam, who seems to have already left town. He can’t go to Vegas, the cabin exploded – unless Victor secretly had it rebuilt – and he can’t go to Kansas. Those are all places that the authorities will look for him. Victor probably, off-screen, gave Adam a place to hide before he left and Victor will likely go looking for him and then fake his death, or possibly both of their deaths!