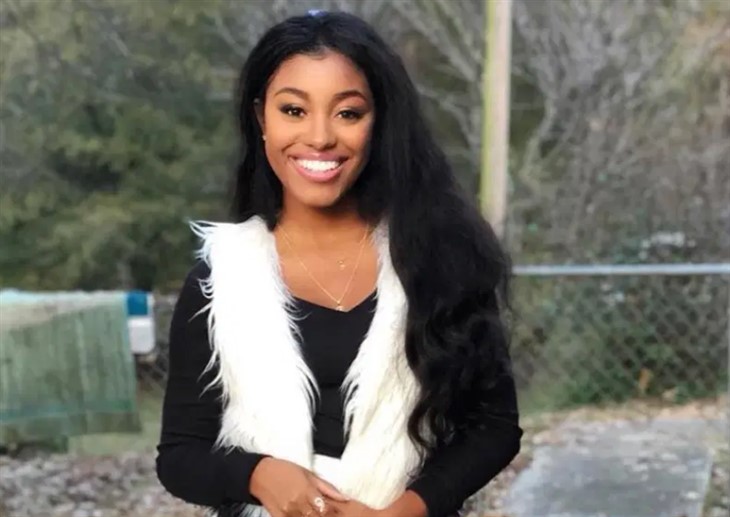 Days of our Lives (DOOL) spoilers reveal that newbie Precious Way (Chanel Dupree) has a new series on her plate. She is on contract with the NBC sudser and now has an upcoming series called Partners In Rhyme.

Days Of Our Lives Spoilers – Precious Way Has A New Gig

It’s described as a sitcom and will air on the AMC Networks streamer UMC. The series has also signed MC Lyte in addition to Way.

So, what is this exciting new series all about? The show features an up-and-coming female high school rapper and social media sensation. This person thinks they are the ultimate present to the universe and in that way she sounds a lot like Way’s DOOL character Chanel Dupree.

DOOL Spoilers – Salem May be Losing A Newbie Actress To A New Series?

Way’s character is named Luscious T in the series from Lyte and Bentley Kyle Evans.
According to reports the debut episode of Partners In Rhyme will debut at ABFF this year prior to its official premiere on UMC.

There is no word on how this new gig could affect Way’s stay on the NBC sudser. Still, lots of actors combine daytime roles with outside projects.

Days Of Our Lives Spoilers – What Happens Next In Salem And Horton Square?

Chanel and her mom Paulina Price (Jackee Harry) have taken Salem by storm in the short time they have been on the canvas; timid they are not.

Chanel soon followed and is now in a hot tangled mess with lovelorn Xander Kiriakis (Paul Telfer) who was left at the later by Sarah Horton (Linsey Godfrey).

Paulina is Lani Grant’s (Sal Stowers) aunt and she has also been in her hair over her recently born twins with husband Eli Grant (Lamon Archey).

Both mother and daughter seem to think that money can buy their way out of anything and bring all the happiness they need. That remains to be seen for the Salem duo who have made an impression on most everyone in town and not always in a good way.

How Will Xander and Chanel wrangle out of their mutual mess? Stay tuned and find out fans and remember that May Sweeps is just around the corner which means that anything can happen in Horton Square!