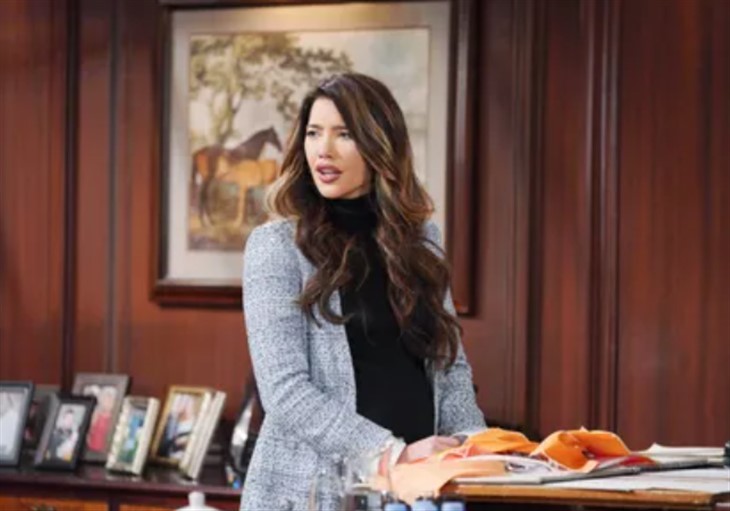 The Bold and the Beautiful (B&B) spoilers say that while she might not necessarily show it, there’s a very good chance that Steffy Forrester (Jacqueline MacInnes Wood) is most relieved that Vinny Walker (Joe LoCicero) is dead, and for many good reasons, too. Check it out below and let us know what you think.

The Bold And The Beautiful Spoilers – He Was Always A Terror

Whenever Vinny Walker was in town, you knew that trouble was right around the corner. Steffy never trusted him and never even wanted to give him the time of day (and she didn’t). Plus, if Liam did have a hand in his death, this will cause even more trouble for her, as he will always be connected to her life because of their daughter Kelly. Steffy doesn’t need someone like Vinny switching up the paternity tests or haunting people with his ghost-like future for that matter. For Steffy, he is better off dead.

As many B&B fans can recall, Vinny slipped in a few drugs in Liam’s drink last year, which resulted in the tipsy Spencer son sleeping with his ex-wife. This was all part of Thomas Forrester’s (Matthew Atkinson) plan as he wanted Hope Logan (Annika Noelle) all to himself for his own, sinister reasons. Steffy surely doesn’t need that kind of manipulation of the heart in her life, and especially not from a shady guy like Vinny.

By switching the paternity results, Vinny made it look like it was Liam Spencer who was the father of her child when in fact it was Dr. John Finnegan (Tanner Novlan). While there will always be a special place in her heart for Liam, by now Steffy knows that the two of them will never get along the way they are supposed to as partners. It’s Finn who is the father and who is someone that is part of her destiny. Now that Vinny is gone, Steffy doesn’t have to worry about anyone disrupting her life and those who she loves the most in her life ever again. Or at least, that’s what her hope is. Watch this space.