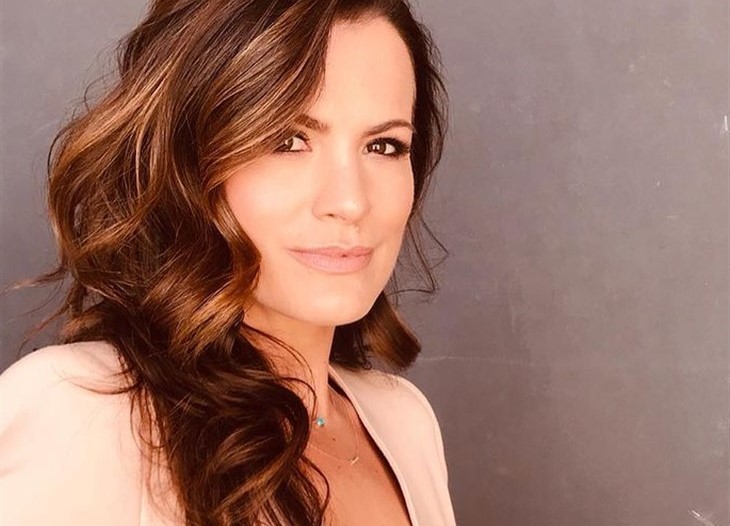 The Young and the Restless (Y&R) spoilers reveal that Chelsea Lawson (Melissa Claire Egan) poisoned Rey Rosales (Jordi Vilasuso). He was an innocent man in her revenge scheme. However, she doesn’t feel bad about it. The actress talked about what’s wrong with Chelsea and how the stroke has “broken” the character.

The Young And The Restless Spoilers – No Guilt For Poisoning

Y&R spoilers reveal that Chelsea came up with the bright idea to poison Rey in order to frame Adam Newman (Mark Grossman). She doesn’t seem to have any remorse for an innocent man paying the price. He nearly died and almost never woke up. In fact, he is lucky that the poison was detected quickly enough and that the antidote was able to be administered in time. It was definitely a close call.

Speaking to Soap Opera Digest, Egan explained that the stroke didn’t just affect Chelsea physically. It also affected her mentally and has changed her in drastic ways. This actually isn’t uncommon in stroke victims. Many people report completely changed personalities and even a lack of empathy or foresight in loved ones after a stroke.

The Young and the Restless spoilers reveal that the actress explained that there is something “very wrong” with Chelsea. She was asked specifically about Chelsea poisoning Rey. Despite being on his deathbed and almost not waking up, she doesn’t see anything wrong in what she did.

“In her mind, Chelsea doesn’t think Rey was in any real danger, which is why something is wrong with her. She’s broken and the stroke has really changed her.”

What we are going to see next is Chelsea take even more drastic action. This time, the innocent victim is going to be her own son. Rey comes up with the idea of using Connor Newman (Judah Mackey) as bait. As Connor’s mother, she should say no because this can spiral so out of control. However, her need to make Adam pay is greater than the responsibility to protect her son… both physically and emotionally. Executive producer and head writer Josh Griffith explained to SOD,

The Young And The Restless (Y&R) Spoilers: Victor And Ashland Face Offhttps://t.co/phBu3IZSsj

“Chelsea needs Adam to pay for his ‘crimes’ but knows there’ll be serious repercussions if she allows Rey to use Connor Newman (Judah Mackey) as a trap. However, Chelsea is getting desperate and desperate times to call for desperate measures.”

What do you think is going to happen when Chelsea allows Rey to use her son as bait? Could this go very wrong in ways neither of them could anticipate? What is the damage to Connor? Even just watching his father be arrested could be enough to scar the child for life.