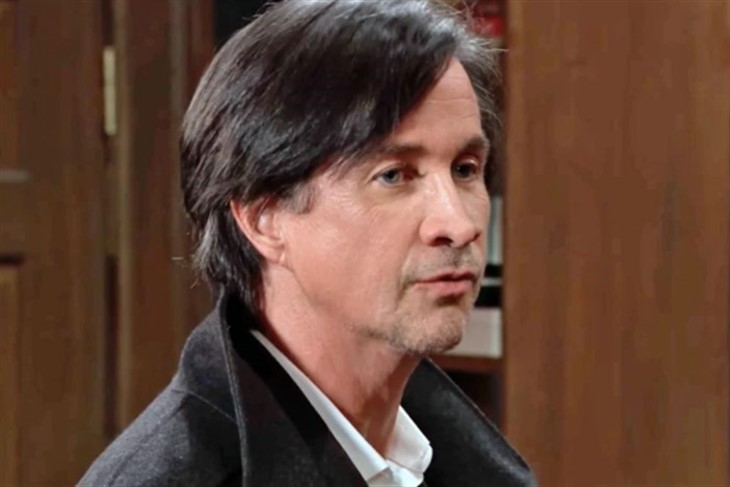 General Hospital (GH) spoilers show Dr. Hamilton Finn (Michael Easton) is having some personal problems but wants to help his friends. Recently Finn found out that he was the father of his brother Harrison Chase (Josh Swickard). He and Chase’s mother Jackie Templeton (Kim Delaney) had a one-night stand before she married his father Dr. Gregory Chase (Gregory Harrison).

Finn is trying to adjust to the new family dynamic on General Hospital. He is trying to help his daughter Violet Finn (Jophielle Love) to adjust as well. However, Finn has many friends that need help at this time.

Finn and Anna Devane (Finola Hughes) were engaged to be married. Finn and Anna broke up after the double wedding that they were going to have with Peter August (Wes Ramsey) and Maxie Jones (Kirsten Storms) did not happen.

According to General Hospital spoilers, Finn still cares about Anna and wants to help her with her problems. Anna is dealing with issues surrounding Peter and the crimes that he has committed. Finn knows that Anna and Violet have a strong bond. Finn may bring Violet to see Anna. Could Finn and Anna come back together because of their love for Violet?

Finn wants to support Liz. He and Violet are a part of Liz’s family because Liz’s sister Hayden Barnes (Rebecca Budig) is Violet’s mother. Could Finn and Liz grow closer as Finn helps Liz to overcome the loss of Franco?

Finn and Alexis Davis (Nancy Lee Grahn) are friends. They had a relationship at one point but decided that they needed to be friends. Alexis started to drink again after she lost Dr. Neil Byrne (Joe Flanigan). Finn has been trying to help Alexis with her drinking problem.

General Hospital recaps reveal Alexis accidentally attacked Dante Falconeri (Dominic Zamprogna). She has been sentenced to jail for the attack. Finn wants Alexis to recover from her addiction. Can Finn help Alexis deal with being in jail?

Finn and Curtis Ashford (Donnell Turner) have been acquaintances on General Hospital. Recently Curtis and his wife Jordan Ashford (Briana Nicole Henry) have been having problems with their marriage. Finn can see that Curtis needs a friend. Finn has been having his own relationship problems. Can Finn help Curtis to figure out what to do with his relationship with Jordan?