The Walking Dead: World Beyond Spoilers: CCO Teases Some Old Favorites To Appear in Final Season 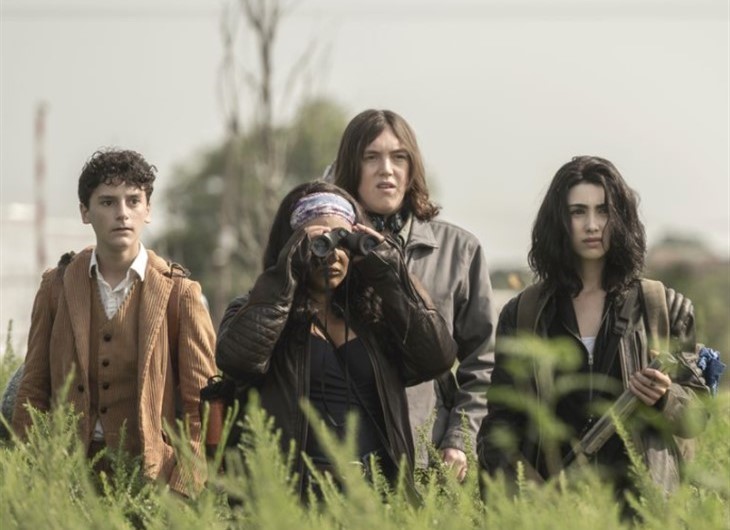 The second and final season of The Walking Dead: World Beyond is scheduled to return before 2021 ends. In a recent Twitch stream of TWDUniverse, chief content officer and showrunner Scott Gimple teased fans that some old favorites could return in the upcoming season finale of the spin-off.

“It really is about those different worlds, those very different worlds. It will be getting deeper into the CRM as the finale (of season 1) pretty much indicated,” The TWD CCO Gimple teased.

Character Cameos From The Mainline Series

Gimple assured fans of the possibility of old favorite characters from the mainline series making a comeback in the final season. “We might see familiar faces pop up, it’s possible.”

“It’s about growing up. This is a two-season show, so these kids have been through a very intense experience where they have to grow up very fast, and we see these characters change quite a bit over the course of these ten episodes,” he explained.

When the new clip was posted on social media, viewers flooded the comments to speculate which characters it would feature. One of which is Rick Grimes, who fans expected to appear before he will star for the new movie of the franchise’s first feature film. However, Gimple recently ended fans’ hope.

Gimple explained while the spin-off would connect into the new movie, Rick Grimes won’t appear in the latest season. He said he is not happy to say the answer but is happy to be definitive with people. While he doesn’t know if fans will be upset about the news, “I just don’t like people watching it, sort of expecting Rick,” he spoke to ComicBook.com.

Just this month, TWD’s “World Beyond” onboarded Marvel’s Agents of S.H.I.E.L.D. alum Max Osinski as “a soldier who is now trying to pick up the pieces of his life,” deadline reported.

The stand-alone series in AMC’s The Walking Dead franchise is co-created by Scott M. Gimple, together with showrunner Matt Negrete. It is produced and distributed by AMC Studios, while Gimple and Negrete, Gale Anne Hurd, David Alpert, Robert Kirkman, and Brian Bockrath executive produced the series.