The Bold And The Beautiful (B&B) Spoilers: Quinn Loves – But Lusts After Carter 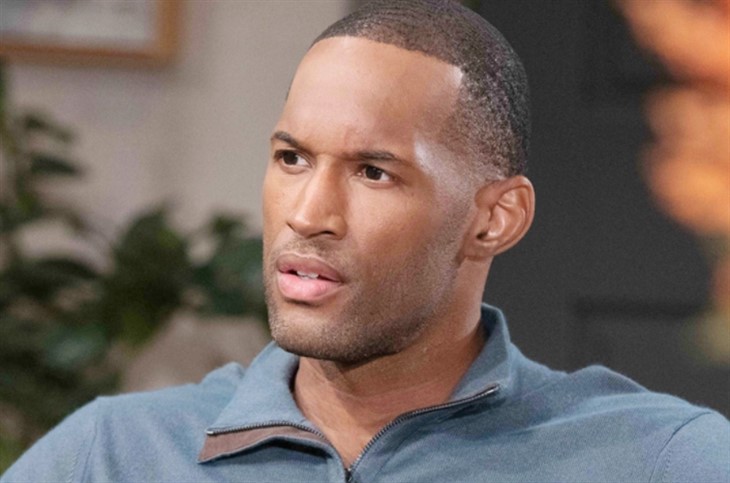 The Bold and the Beautiful (B&B) spoilers document that Carter Walton (Lawrence Saint-Victor) didn’t expect Quinn Fuller Forrester (Rena Sofer) to arrive at his apartment. He assumed why she came and was partially right.

Quinn’s discussion with Carter was intended to talk Zoe Buckingham (Kiara Barnes) up. But then it turned into a different type of conversation, where Quinn revealed information about her marriage. That dialogue was potentially predictive.

Quinn and Eric Forrester (John McCook) are involved in one of this show’s best love stories, which is a subjective take. The unlikely pairing formed because of Eric’s belief in Quinn. He thought she was capable of change and helped her to grow, while she enhanced a part of his life in a unique and often positive way.

Sofer’s character did change to a degree and has gone through periods where she didn’t act with reckless abandon. But Quinn also voluntarily involved herself in trouble, including making a play for Ridge Forrester (Thorsten Kaye) a handful of years ago and more recently, trying to split Kaye’s character from Brooke Logan Forrester (Katherine Kelly Lang).

Eric nearly divorced Quinn when she developed an emotional relationship with Ridge. McCook’s character was incensed that Quinn tried to break Bridge and separated from his wife, before recently reconciling.

Eric could choose to live alone during what are his senior years. The late Stephanie Forrester (Susan Flannery) is his arguable, greatest soul mate. But Quinn exists in a category all her own.

It’s not that Eric despises Quinn. Instead, he continues to doubt what he represents in her life.

Has Eric always been a means to an end, meaning that she’ll inherit a notable portion of his estate? That’s what a significantly younger spouse might have been aiming for all along.

B&B’s original leading man character is basically uncertain. So, Quinn’s conversation with Carter appears likely to increase doubt, if not cause it to turn into something else.

Te Bold And The Beautiful Spoilers – Carter Walton Has A Choice

Carter has worked hard to gain trust in the Forrester family. His role as the company’s Chief Operating Officer proves just how valued his professional expertise is. Carter’s frequent role as a wedding officiant demonstrates the personal feelings this family has for him.

Quinn is enticing and persuasive. Carter is reeling from Zoe’s recent betrayal. The setup is clear and devoted audience members will keep watching to see if Queric survives.