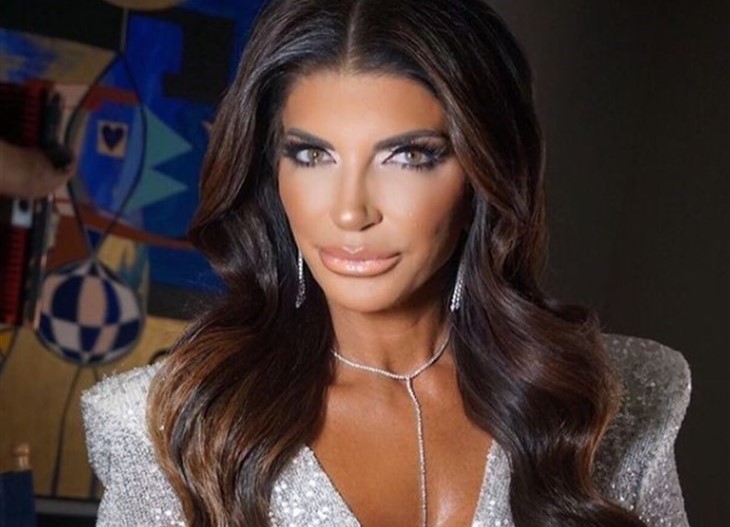 The Real Housewives of New Jersey (RHONJ) spoilers and updates reveals finally, Teresa Giudice has gotten her parents’ blessing, but this time, through a psychic. The Real Housewives of New Jersey star said that her deceased parents had finally approved of her new relationship with Luis Ruelas. Despite Page Six’s recent bombshell report that Luis is allegedly a “sex-obsessed” Lothario, Teresa still got her parent’s approval to date him after paying a courtesy visit to a psychic.

On the new episode of Wednesday’s Real Housewives of New Jersey, the psychic said “I want to tell you that your parents are so happy for you, Teresa, love is in the air. Your parents Antonia and Giacinto Gorga are embracing the relationship, and so, they’re giving you the green light on that.”

Teresa Giudice, 48, was formerly married with four kids. However, since the pandemic year, she called it quits with her ex-husband, and went on to bring in a relationship with Luis Ruelas, a 46-year-old businessman also from the Garden State.

This week, Page Six went on to report that some of Ruelas’ ex-lovers complained he has a virtually insatiable sex appetite, according to sources and court papers. From our end though, we believe there is an underground battle between Page Six Luis Ruelas.

While Teresa’s relationship got a thumbs-up from her deceased parents, the same could not be said for Dolores Catania’s relationship with boyfriend David Principe. The psychic told Catania “There’s a love out there for you, you’ll have chemistry with the person like you’ve never had before but it won’t be until you’re free.

Teresa Giudice Is Reaching Out To Her Parents Through A Psychic

While everything seemed to be running smoothly for Teresa, following her parents’ recent approval and blessing from above on her new relationship, it appeared like things were rather awkward when her new boyfriend met Joe Giudice (Teresa’s ex-husband).

Teresa and Joe’s daughter Milania posted a photo of their supposedly happy family gathering in the Bahamas on Instagram but according to Joe, things were a little uncomfortable between him and Luis.

Teresa’s Ex-Husband (Joe Giucide) had Something to Say about The Night Out.

Joe Giudice (Teresa’s ex-husband) told Us Weekly in a recent interview, “You can all imagine how I felt when they walked in the room. It was awkward to see my ex after a lifetime together with someone else.”

Fan’s Deduction from the Night Uut with Teresa, Luis, and Her Ex-Husband.

Surprisingly, the outing seemed to be drama-free as even Joe reposted Milania’s video on his Instagram page and captioned it with “great night out.”

Real Housewives Of New Jersey News – So, What Changed After the Great Night Out?

Well, it looks like Joe didn’t have a great night after all because he admitted that there might have been some awkward moments of silence while they were all together. But with that said, Joe made it pretty clear that he’s happy to see Teresa happy now that the two of them have moved on.