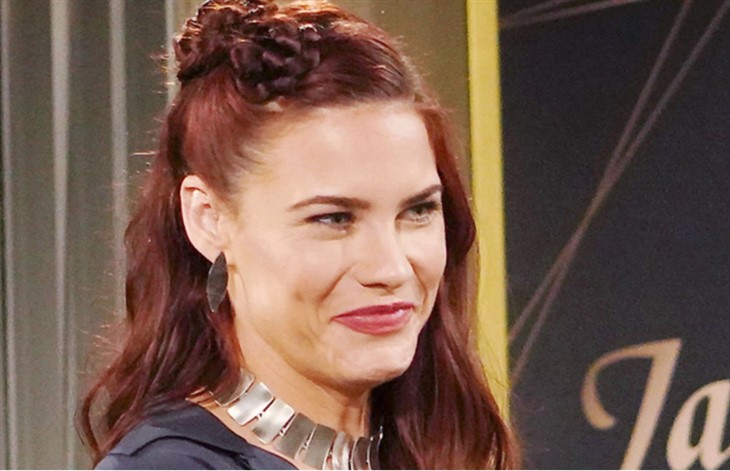 The Young and the Restless (Y&R) spoilers document that Sally Spectra (Courtney Hope) is distraught, but Lauren Fenmore (Tracey Bregman) has little sympathy for her. Meanwhile, Sharon Rosales (Sharon Case) is also seeking a second chance. She knows that Rey Rosales (Jordi Vilasuso) feels his trust was betrayed.

Rey was open to listening to Sharon’s last pitch, but then Adam Newman (Mark Grossman) used his smartphone to unknowingly butt in. That was it for Rey, who chided him and seems intent on at least splitting, if not ending Shey.

Sally’s comment to Lauren about Phyllis Summers (Michelle Stafford) was laughable. Sally claimed that the threat she made to Red, which Jack overheard, didn’t represent who she was. Oh, really?

To her credit, Sally told Jack what she did during her final months on The Bold and the Beautiful. Her outrageous California actions revealed a mind that is at least insecure if not unstable.

Jack decided that he’s experienced enough. Combined with what he heard and his history with erratic significant others, girlfriends, fiances, and wives, Jack told Sally that they were done.

Sally left Los Angeles, California, because she had to. Faking a terminal illness and then kidnapping Flo Fulton (Katrina Bowden), her last name before the Logan change, were reputation killers.

Wyatt Spencer (Darin Brooks) had a different type of decision to make than Rey does. Brooks B&B’s character wanted to protect his soul mate, whereas Vilasuso’s alter ego has concluded that Adam represents that spot in Sharon’s mind and heart.

The move to Genoa City, Wisconsin, gave Sally a fresh start. But she’s carried her patterns with her. As for Sharon, she’s found herself drawn back to an old flame that seemingly was never extinguished.

The Young And The Restless Spoilers – Sharon Rosales Reliving The Past Or Moving Forward?

Like Sally, Sharon can’t sustain relationships. Of course, that’s long been true for many people on B&B and Y&R.

Sharon continues to tell Rey that he means more to her than Adam. But Sharon’s actions don’t follow her words.

Jack concluded that he couldn’t trust Sally and broke their bond before it deepened. Rey waited for more than a year before marrying Sharon and now believes that his commitment was a mistake.