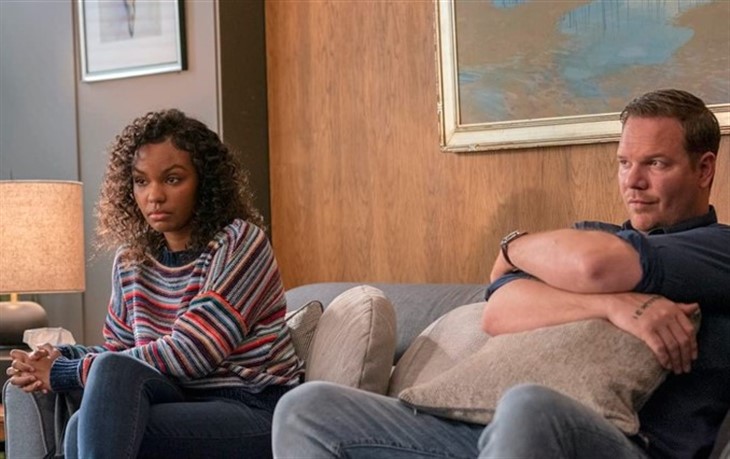 So many questions to be answered by the executive producers and crew members of the 9-1-1: lone star series as many fans are curious to know if Sierra Aylina McClain and Jim Parrack will leave their characters as Judd and Grace any moment from now. No doubt, there was an unspoken fear when viewers tuned in for tonight’s new episode, and we are eager to know what happens next.

When the fan-favorite series last aired on the 19th of April, 2021, it was obvious that Sierra Aylina McClain and Jim Parrack were walking down the death’s aisle. And, from the recent trailers circulating our gadget screens daily, it doesn’t appear that the road ahead for the duo is somewhat smooth. Sadly, that doesn’t make fans and viewers feel any better. Instead, the previews just serve as a reminder of how messy things will probably get for the two. We hope that they’re rescued within the shortest possible time frame.

Interestingly, last night’s episode titled “Saving Grace” didn’t do any justice to fans and viewers. The producers were very careful to reveal just a little fragment in the new episode, and we believe that they would savor their time to slowly draw all of this out. A good thing though about slowly unraveling the truth is that it will afford fans to get to see flashbacks to the early days of Sierra Aylina McClain and Jim Parrack’s relationship – in addition to every significant milestone they ever achieved as a couple.

If there is any reason to be hopeful in the new episode, it’s simply because no one has heard anything suggesting that either Sierra Aylina McClain or Jim Parrack is leaving the 9-1-1: lone Star show anytime soon. Nevertheless, we have no idea what could be running through the crew’s or the couple’s minds; they probably might be good at hushing every minute details of the show.

9-1-1 Spoilers – Spoilers Of The Next Episode

You’ll probably ask what a pure rom-com would explain in flashbacks. Well, we see a meet-cute (when Jim calls into a prayer crisis hotline, for which Sierra is working). In another scene, we see Tommy (Gina Torres) introducing them at the bar. We see a breakup due to her disapproving father, and a reconciliation, thanks to matchmaking friends (Tommy and her husband, Charles, cast by Derek Webster).

What is the big news? Grace is going to be okay after some physical therapies. Even happier news? She is pregnant!

9-1-1 Spoilers – So, What Is Next for Parents-To-Be: Sierra Aylina McClain Or Jim Parrack

We are certain motherhood is going to be a whole new side of Grace, not just because this is her first time being a mother. But because we’ve seen her cool, calm, and collected at the desk. So, learning to inculcate her personality with patience and understanding raising a child will be a different dynamic and it may test Grace a little bit. Nevertheless, we are excited and hopeful that she becomes a great mother.