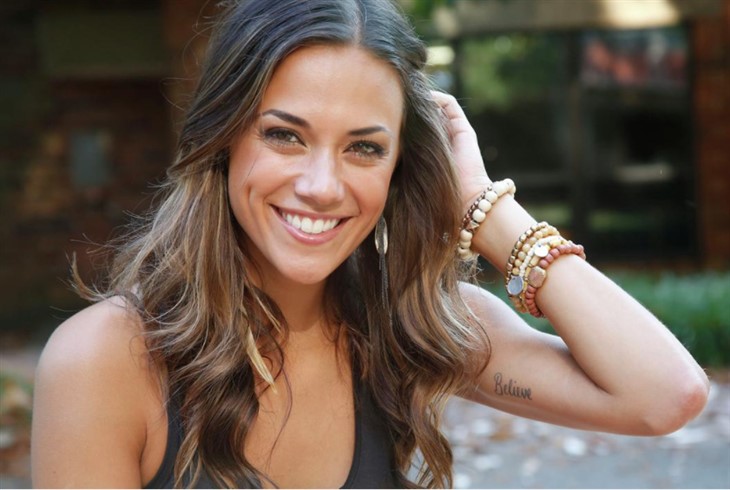 Jana Kramer and Mike Caussin originally wed in 2015 and currently share two children between them: daughter Jolie Rae, 5, and son Jace Joseph, 2. After the first infidelity reports against Jana Kramer’s husband back in 2016, the couple faced a rocky patch in their relationship, but they later reconciled and Mike Caussin checked into a center to get help for his Sex Addiction.

Now, it seems that Jana Kramer has decided to call it quits and Mike Caussin is already “out of the house” they shared in Nashville.

According to US Weekly, the 37-year-old rising country artist has already changed their home life after deciding to end things with her husband.

“As I try to make sense of a reality I never wanted to believe could be possible again, those words have now become a reality,” she shared in an emotional message posted on Wednesday.

“I’ve fought y’all. I’ve loved hard. I’ve forgiven. I’ve put the work in. I’ve given everything I have, and now I have nothing else to give.”

Jana may be heartbroken, but she goes on to say that she “still believe[s] wholeheartedly in marriage, love, and rebuilding.”

After six years of marriage to Caussin, 34, filled with public drama over cheating scandals, Jana is finally deciding to step back to try and heal herself.

“I just can’t fight any longer. It’s time to heal,” the singer continued. “Thank you for all the love, heart, and support, in many ways you have fought on this journey alongside me, and for that I am grateful. I’ll always encourage you to continue the good fight, but you can’t fight it alone. “

Jana Kramer – According To A Source Close To The Couple, Infidelity On Caussin’s Side Prompted The Divorce

When Jana shared the news, she did not cite a reason behind the divorce or blame infidelity as the cause.

An insider reached out to PEOPLE and revealed that Jana filed the divorce because Caussin cheated again.

“He cheated and broke her trust again,” the source says. “After fighting for the marriage for so long, she’s come to terms with the realization that his patterns were never going to change. The focus now is on their kids.”

The split is actually coming seven months after the couple released their book that is based on marriage and overcoming marital problems, titled The Good Fight: Wanting to Leave, Choosing to Stay, and the Powerful Practice for Loving Faithfully.

The book spoke on Mike Caussin’s treatment for sex addiction and how the couple healed their love.

“I’ve dated only a few women in my life,” Caussin wrote in the book. “Most of my relationships can be more described as ‘talking to,’ which essentially means we were sleeping together but I never committed enough to get my feelings involved. And when I did commit, I inevitably cheated. I couldn’t be alone.”

“Now, I loved and still love being Jana’s husband, but early in the relationship I had no idea who I was anymore,” he added later in the book.

Jana Kramer has been open about her husband’s sexual relationships in the past, notably in 2016 when the couple first separated. They later decided to give their marriage another try and renewed their vows in 2017.

“The pain consumed my every thought and physically hurt me more than I thought I could handle,” she wrote to Good Morning America in an essay. “Thinking back, it seems like a terrible nightmare that I wouldn’t wish on anyone.”

She admitted that while Caussin’s infidelities were difficult to endure, she improved and learned to forgive his past mistakes, mostly because of the work Caussin was putting in himself.

In 2016 when she was on Dancing with the Stars and Kramer was getting treatment for his sex addiction, the couple shared that Caussin actually filed for divorce and that the two separated for several weeks.

In their Whine Down podcast, the two read passages from their book The Good Fight: “Mike was in rehab and I was in an all-out war with my emotions. Most days, I would push Mike out of my brain and tried to live in the world as if he didn’t exist,” she read. “Other days I was too weak to push and I missed him, and I hoped he would be in the audience watching me perform, rooting for me.”

“There are so many days during the first year of our reconciliation, after the discovery of my affairs, when we thought, ‘What the f— is going on?’ Honestly, most days were like that,” he read from another passage of the book. “Needless to say, many of those days were filled with pain and hurt and sadness and despair.”

Jana Kramer’s – Advice To Other People In A Relationship

During a rough time in March, Jana posted a picture of herself crying on Instagram following a fight between her and her husband.

“Nothing is perfect,” Kramer wrote at the time. “I took this picture to almost remind myself that even though at the moment it seems like everything is doomed it’s not.”
“No relationship is perfect and when blow-ups or fights happen sometimes we believe it’s done and over but really it’s a moment for growth and more understanding and to lean into your partner.”

“Just know it’s not the end of the world,” she continued. “And we all have these moments so ur not alone. Fights happen. No relationship is perfect… Now the Important thing is in the end are you fighting the good fight together? … ur not alone in ur struggles xo.”