The Bold And The Beautiful (B&B) Spoilers: Bill Loves His Son But Hates His Weakness – Liam Cracking Up 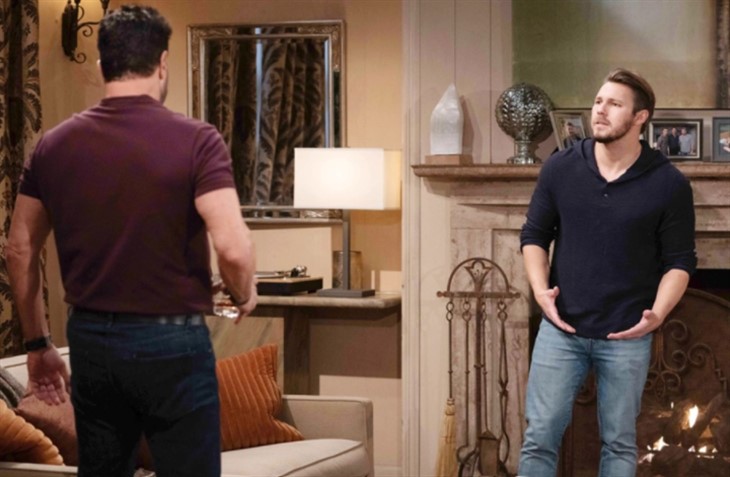 The Bold and the Beautiful (B&B) spoilers document that Bill Spencer (Don Diamont) recognizes that his son doesn’t know how to cope with what was only an accident until his father turned it into something far worse. Liam Spencer (Scott Clifton) is blaming himself and wants to confess. His fragile state implies that the status quo isn’t sustainable and will be broken.

Bill is determined to protect Clifton’s character and also to avoid being arrested himself, as he committed a number of intentional crimes. Vincent Walker’s (Joe LoCicero) death hasn’t been reported by either Spencer man, which makes them guilty of a serious offense just in that regard.

The Bold And The Beautiful Spoilers – No Hope For The Future

Clifton actually spoke dialogue where Liam referenced the phrase “Hope for the future.” It was a noteworthy moment in the plot because Lope was and remains in danger of ending because of what’s happened.

Liam shared his feelings about Vinny with Hope Spencer (Annika Noelle) just prior to LoCicero’s character’s death. That tell, along with Liam withholding the truth from Hope, will surely prove dramatically unsettling when the big reveal happens.

Hope just arrived at an emotional place where she could envision restoring what was an idyllic life with Liam and the children. But the catastrophe she’ll learn about will severely test Lope’s marriage.

Any normal person would be badly shaken after hitting and killing another human being. When that victim is also the man who changed the paternity test results, which made Liam think that he was the father of Steffy Forrester’s (Jacqueline MacInnes Wood) baby, then there is no global positioning system that can guide him to a secure destination.

Liam is waiting for the authorities to come to the door of his father’s mansion and arrest him. While Charlie Webber (Dick Christie) was just fooling around the other day in the Forrester Creations hallway, Chief Deputy Bradley Baker (Dan Martin) is determined to get answers, which includes questioning Liam.

Martin’s longtime law and order character is attempting to gather evidence in order to prove who hit Vinny, left him for dead, and then drove off. Detective Alex Sanchez (Jeremy Ray Valdez) joins the effort as well.

The Bold And The Beautiful Spoilers Next Week: Vinny’s Memorial Tribute Sends Liam Over The Edge #bb #boldandbeautifulhttps://t.co/EhJY6fAAnz

Bill panicked when he covered up the car accident. He’s insisted from the start that Liam wouldn’t have received due process.

Telling Liam that the authorities would have assumed he was guilty, due to what Vinny recently did with the paternity test, was the wrong approach. If only Bill would have alerted emergency personnel to what happened and then waited at the scene. Nothing would have needed to be hidden and no terrible lies would need to be indefinitely told.

But the Dollar Bill persona emerged. As hardcore B&B fans know, that’s often the signal for extended trouble and bad consequences, as Liam is experiencing.