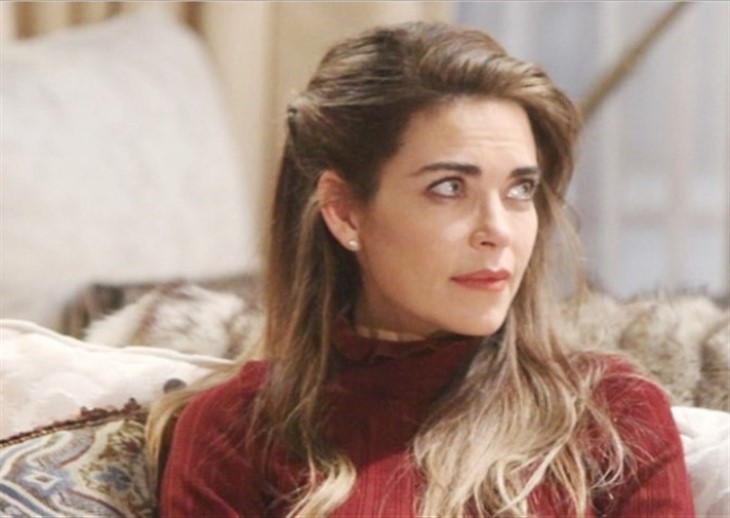 The Young and the Restless (Y&R) spoilers tease that we are hearing of an unholy alliance that has the power to rock Genoa City, Wisconsin to its ever-loving, wholesome, homeland core. According to our inside source at CBS, Victoria Newman (Amelia Heinle) and Ashland Locke (Richard Burgi) could be the next power player duo that lesser minions must go through if they want to do business in GC.

It would be a huge shake-up of the dynasty that the Newman family has held for decades. Where does this leave baa baa black sheep Adam Newman (Mark Grossman) and daddy dearest Victor Newman (Eric Braeden)? In the weeds, if our source is correct and they usually are!

Ashland aka the Locke Ness Monster has a glare that would melt Alaska. But he has shown a soft spot for Victoria and she is a vixen not above using her assets to get what she wants.

He came to town to do business and initially signed his company over to her arch-nemesis and wayward brother Adam.

Sorry, Adam, you can’t do business from a jail cell! Victoria was smarting from being outbid but it looks like she could still be a player.

Victoria would gladly neutralize Adam in a heartbeat and it’s not too late to do so by teaming with Ashland. The two of them had sparks and chemistry when they initially met and it looks like he could be single soon. If he ditches his unfaithful wife, where does this leave Victoria?

If she, erm, merges, with Ashland she could cement her status as a bad a** bigger than Victor and Adam combined. The thought of Victoria and Ash being a power couple as well as a romantic couple has tons of possibilities which is no doubt why TPTB are reportedly open to giving this combo a try.

Ashland obviously likes younger women, which Victoria is, and she obviously has daddy issues. Might these two work out an agreement suitable to both their needs? Stay tuned Y&R fans, anything is possible in Genoa City but there is another reason to expect fireworks on the horizon. May Sweeps is just around the corner!