Days Of Our Lives (DOOL) Spoilers: Eric’s News Sends Nicole Back To Her Old Ways 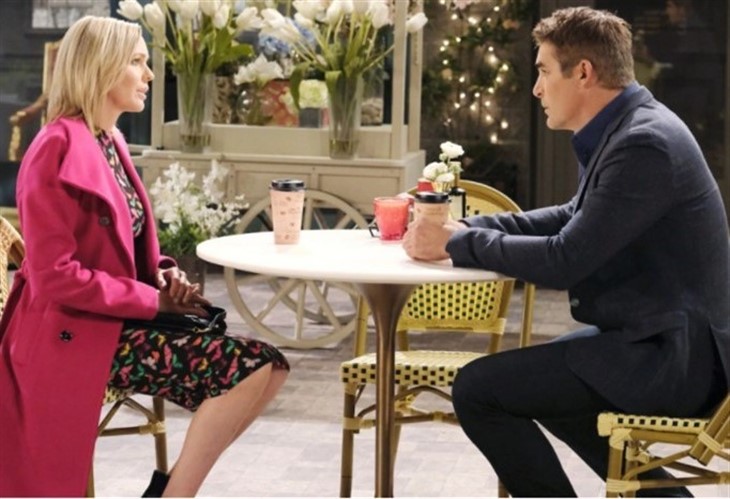 Days of Our Lives spoilers reveal a lonely Nicole obsessed with a man that’s not her husband but wait till her husband makes contact.

Soon after they wed, Eric (Greg Vaughan) took off to Africa to help people he once knew there leaving Nicole (Arianne Zucker) all alone. But at least she had Allie (Lindsay Arnold) and Henry to keep her company, right? She would never need a man or set her sights on another one. Or so both Eric and Nicole thought.

But Rafe (Galen Gering) returned to town and all that changed. What started out as a friendship turned has now turned into something more — at least in Nicole’s eyes. She’s been spending plenty of time over at Rafe’s place and finds herself jealous of how close he’s grown to Ava (Tamara Braun).

Nicole realizes she feels something for Rafe, but also feels guilty because she’s a married woman after all. So, she tries to stuff those feelings deep down and concentrate on the prospect of Eric coming home.

Then, she gets news from Eric she never expected. A devastated Nicole doesn’t even know how to react but she grows bitter and angry that her life has turned out this way. She and Eric were finally happy and married after two decades of trying to be together and now Eric sends this message.

Whatever Eric says seems to send Nicole into a tailspin and she does something only the old Nicole would do. The one who would lie and manipulate just to get her way, not the woman who finally has a child and has matured. In fact, Days of Our Lives spoilers say she does something drastic that can only hurt herself.

Will Rafe be able to save Nicole from her own self or will he be too involved with Ava to notice Nicole going off the deep end? Will Eric eventually return home to Salem and his family where he belongs? And will Nicole be able to forgive him for his absence if he ever does decide to be her husband again? Stay tuned to Days of Our Lives weekdays to find out.