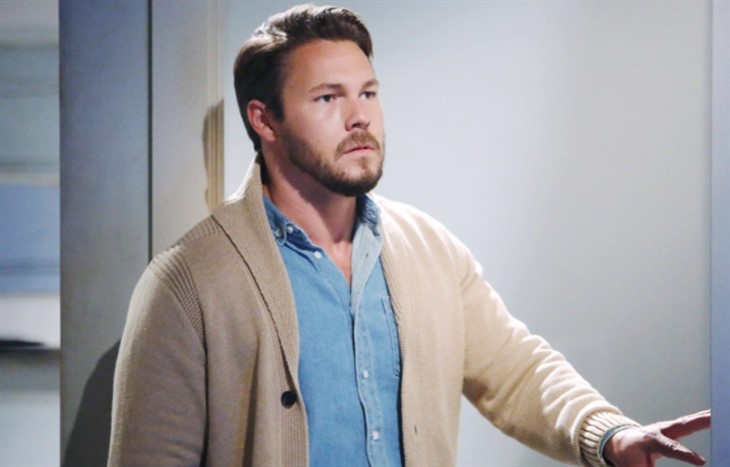 The Bold and the Beautiful (B&B) spoilers document that Liam Spencer (Scott Clifton) is tormented. He believes that Vincent Walker’s (Joe LoCicero) death is his sole responsibility, which may or may not prove true as this storyline unfolds.

However, Liam also fears that Thomas Forrester’s (Matthew Atkinson) determination to find and punish Vinny’s hit-and-run driver will lead to a major reveal. B&B fans can clearly project an epic cliffhanger episode where Liam is unmasked as the villain.

Hope Spencer (Annika Noelle) kissed Liam at the cabin on the fated day in question. Lope seemed primed for a natural revival as a result. That was believable, based on their feelings for each other and the short separation period that existed.

Liam was with his Bill Spencer (Don Diamont), who let him drive his fancy sports car through the hills of Bel-Air, in Los Angeles, California. The audience could feel the release of tension and dare it to be said, hope for the future, during the first part of Liam and Bill’s ride.

Then, Vinny appeared, but couldn’t be seen. He was somewhat similar to the shot to Bill’s back that Taylor Hayes (Hunter Tylo) administered earlier in B&B’s history.

Bill is doing all that he can to bury the truth with Vinny. He had his damaged car shipped out of the country through a hastily arranged private sale.

Prior to that Bill destroyed Vinny’s smartphone and then disposed of it, along with a wallet. But those two moves didn’t prevent a rather quick identification of the body.

It just so happened that John Finnegan (Tanner Novlan) was present in the morgue when the coroner was looking at Vinny’s body. Finn naturally recognized Vinny and then called Thomas, who came with Hope and made the emotional, sobering identification.

The Bold And The Beautiful (B&B) Spoilers: Killer Bill And Katie Face The Police https://t.co/GQ17UoXCOl pic.twitter.com/yzvBz2fwNk

Liam feels that his actions will result in eventual and needed consequences. He just doesn’t know how or when he’ll be held to account.

Bill is insistent that Liam put what happened out of his mind and move on. If not, both Spencer’s will surely be arrested and likely spend a lot of time behind bars.

It’s very fitting that Thomas is the good guy in this storyline and Liam is the villain, as that reverses past arcs that played out in recent years. Whether Thomas proves to be the person who identifies Liam’s role in Vinny’s death remains to be seen in the daytime.