The Young And The Restless (Y&R) Spoilers: Adam’s Surprising Redemption – Victoria in Danger 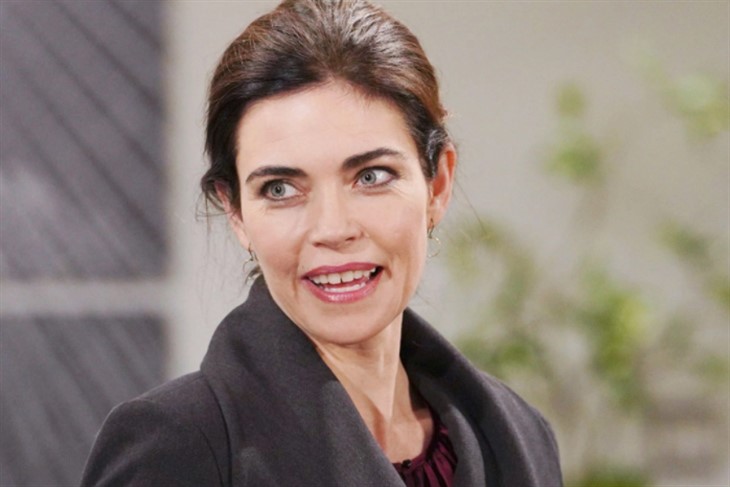 The Young and the Restless (Y&R) spoilers document that Victoria Newman (Amelia Heinle) is riding high at Newman Enterprises. She’s happy that her brother, Adam Newman (Mark Grossman), is on the run.

Adam’s latest legal battle is seen as an opportunity. Victoria knows that his problems allowed her to apparently gain Cyaxares. Plus, he appears to be unable to return to the family business, as Victor Newman (Eric Braeden) wants.

However, Y&R fans know that Adam is innocent. He didn’t poison Rey Rosales (Jordi Vilasuso). With this being true, Adam is a threat to Victoria’s reign at Newman.

The Young And The Restless Spoilers – Chelsea Lawson Looms Large

Chelsea Lawson (Melissa Claire Egan) lost all perspective when she saw the photo of Adam kissing Sharon at Society. His reckless act confirmed the suspicions Chelsea had.

Egan’s character was wronged by Adam before the internet smear happened. She caught him while he was plotting to literally bring down Newman Towers with his family members in it. Chelsea received a blow to the back of her head and was abducted as a result.

The henchman Adam hired to do his bidding put Chelsea in an isolated room that was inside a building Grossman’s character owned. She later escaped, but subsequently suffered a stroke that left her temporarily paralyzed and unable to speak.

Victoria felt that Abby Newman Abbott Chancellor (Melissa Ordway) was a rival in the past. But Abby went her own way, becoming a business owner. So, she isn’t a current threat to Victoria’s power.

Nick Newman (Joshua Morrow) opted out of corporate culture years ago. He’s invested in neighborhood projects. Nick also devotes a significant amount of time to his children and Phyllis Summers (Michelle Stafford). So, he’s not a threat to Heinle’s power either.

But Adam is the thorn that can’t be pulled. Victoria resents the attention that Victor gives him, believing that it’s fully unearned and an evergreen prerequisite to ingratitude.

Victor appears to have already telegraphed what he plans to do once Adam is cleared, as he will be in time. The Moustache’s private offer for Cyaxares, which was subsequently rejected by Ashland Locke (Richard Burgi), was a test that Adam passed.

The Young And The Restless: Greg Rikaart Shares Good Newshttps://t.co/okm5JSEVhZ

The above outcome is something Victoria fears. Adam and Victor have overcome their differences.

Adam currently believes that his father is the only person who believes in him. As long as that holds and he’s cleared of trying to kill Rey, then momentum toward a Newman Enterprises comeback will increase dramatically.