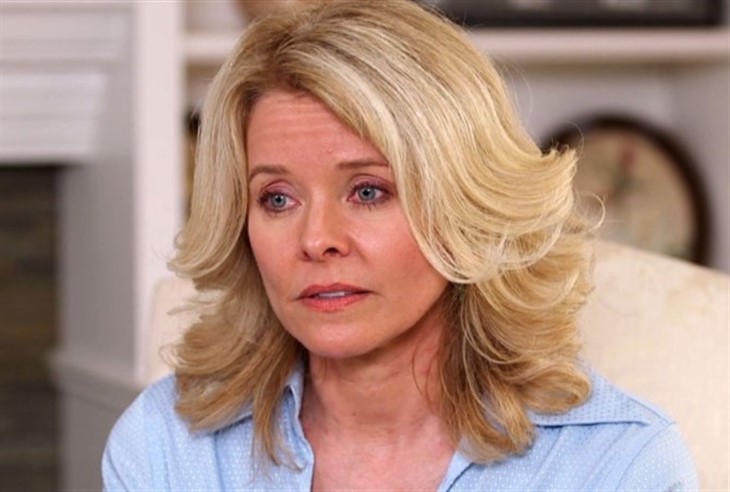 General Hospital (GH) spoilers reveal that alum Kristina Wagner (Felicia Scorpio) has shared some very sad news with her fans. She is in mourning, having lost her beloved father, Leonard Crump.

Crump previously was a Korean war vet. He is survived by his wife Carolyn and children Kristina, Joe Crump, and Dan Crump.

Wagner tweeted, “My father, Leonard Crump, passed away last night. He was 91 years old. It was a gentle exit from this earth. My love follows him through all of eternity.”

She also posted the sweetest photo of the two of them together, with Kristina smiling at the camera while her dad has his arm around her and is smiling back at his radiant daughter.

There were many messages of condolence and support left for the GH star. One fan wrote, “I’ve been a fan of yours from your days, years on GH, I’m extremely sorry to hear about your father (Leonard) passing Kristina, both my parents have been gone, so I do know what it feels like, prayers and blessings, love to your family.”

Another fan shared, “I do not know you Kristina but it’s never easy to lose a loved one. Are used to take care of my grandma as a matter of fact for 17 years that was hard. My prayers and love are with you. Take comfort in knowing he lived a full rich life.”

One fan shared this with Kristina, “I’m saddened to hear of your dad’s passing, but he was blessed with 91 precious years. You must have a wealth of memories of your times together judging from your shared photo. Although his physical body is no longer here, his spirit will always be with you.”

Will we see Kristina in Port Charles, New York for a special tribute episode the show has planned? The show is honoring the late John Reilly who played Sean Donely. Sean was a WSB agent and central to many intriguing storylines involving Port Charles including one playing out now. In the past, Sean was involved in a poisoning blackmail scheme much like the one Peter August (Wes Ramsey) is now perpetrating against Harrison Chase (Josh Swickard).

We send our deepest condolences to Kristina Wagner in her time of loss.