The Bold and the Beautiful (B&B) Spoilers: Eric Finally Realizes That Quinn Might Not Be The One 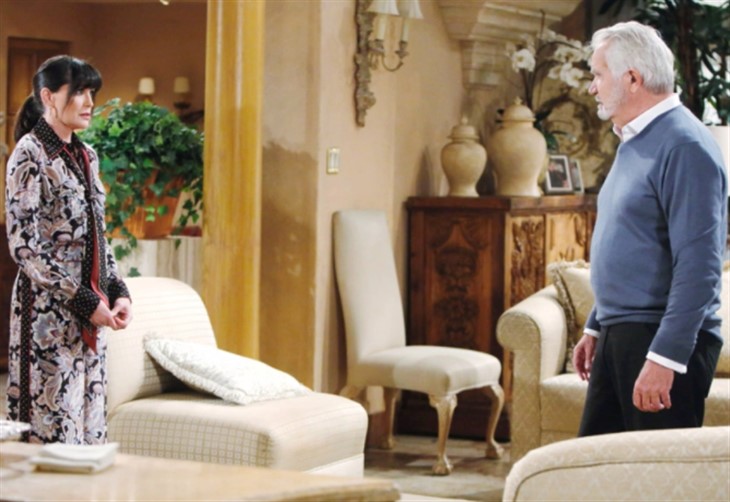 The Bold and the Beautiful (B&B) spoilers say that while their relationship has definitely seen something similar to this stage before, this time around their feelings about each other is much different. Of course, we are talking about Eric Forrester (John McCook) and how he has every reason in the world not to trust his wife, Quinn Forrester (Rena Sofer) seeing how she’s done so many horrible things to some of the people that he loves the most in his life. Read on for all of the latest spoilers.

Right now, the only thing that might be holding Eric and Quinn together is the fact that they have a level of comfort that they both don’t want to let go of. But at the same time, there is too much damage and too much hurt between them, and both Eric and Quinn know that. The only dilemma, of course, is what to do about it.

The Bold And The Beautiful (B&B) Spoilers: Bill Loves His Son But Hates His Weakness – Liam Cracking Up

Speaking to Soap Opera Digest in a new interview, The Bold and the Beautiful Executive Producer and Head Writer Bradley Bell previews what’s next for this couple. Unfortunately, Quinn and Eric just don’t have the passion in their relationship that they’ve had in the past. Bell puts it this way, “The love is there, and he’s forgiven her, but Eric just can’t seem to trust his beautiful and talented wife. If things go according to Quinn’s plan, her portrait will remain about the mantel at the mansion, and she will remain Mrs. Eric Forrester forever. But you never know what they said about the best-laid plans.”

The Bold And The Beautiful (B&B) Spoilers: Karma Hurts, Zoe Walks In On Carter & Quinn Sexcapadehttps://t.co/PdonUc9otJ

With that said, we know that Quinn Forrester isn’t the kind of woman who can stay out of trouble for too long. If she is not going to destroy her own relationship, you better believe she will do it to someone else’s. Watch this space as we have a feeling there is so much more to come.