The Young and the Restless (Y&R) Spoilers: Faith Collapses…Was She Poisoned? 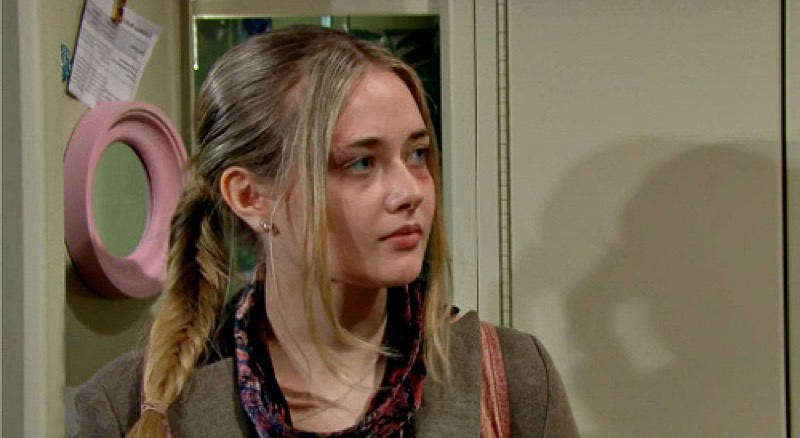 The Young and the Restless (Y&R) spoilers reveal more heartache and angst for Sharon and Nick as Faith’s health takes a turn they never expected.

The Young And The Restless Spoilers – What On Earth Is Wrong With Faith?

Everything seemed to be going well for Faith (Reylynn Caster) since seemingly recovering from her accident. She cut off all ties to Jordan, started back at school, found a new friend in Moses (Dax Randall), and vowed to get better and not drink again.

But things take a sudden turn when Faith is visiting with Nick (Joshua Morrow) and Sharon (Sharon Case) at Crimson Lights. It’s a good thing Nate (Sean Dominic) and Elena (Brytni Sarpy) are on hand when Faith collapses and needs to be rushed to the ER.

Sharon and Nick don’t know what to think, but they believe Faith will be ok and she’ll be able to go home soon. Sadly, that is not in the cards as Nate has to deliver the worried parents some bad news. Faith is being admitted and won’t be leaving the hospital any time soon.

Y&R – Is Chelsea Newman Behind This Drama?

That’s when Sharon begins getting suspicious and believes that perhaps Faith is not having a relapse from her accident, but instead has been poisoned. What if there are still some poison traces in her little house thanks to Chelsea’s (Melissa Claire Egan) machinations?

Maybe some of it managed to get into Faith’s system. If this is what happened to Faith, it will make Sharon more determined than ever to bring down Chelsea. She needs to gather everyone by her side for support and to make sure Chelsea pays for what she’s done to her family. Will closing in on Chelsea also mean closing in on Chloe (Elizabeth Hendrickson) and ruining her life and family?

But what if Faith’s collapse has nothing to do with Chelsea at all? Perhaps she has a mystery illness and Elena and Nate have to use their medical detective skills to figure it all out. They’ve done it before, so Sharon and Nick have to keep the faith (so to speak) that they can do it again. Stay tuned to The Young and the Restless weekdays to see how Faith fares.