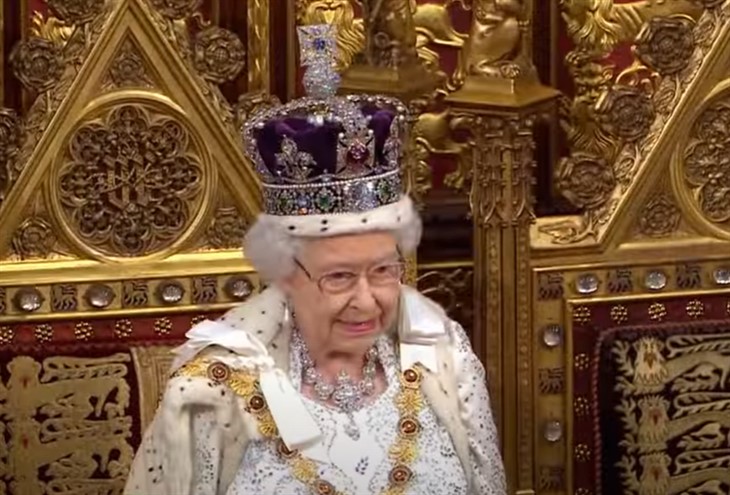 British royal family news reveals that royal watchers are keeping a close eye on the monarchy following the death of Prince Phillip, Duke of Edinburgh this month at the age of 99. Some see 95-year old Queen Elizabeth already stepping away from royal life, with her son and now consort Prince Charles moving forward.

The Queen and Prince Philip helmed Britain’s royal family for nearly 70 years. Experts say that Prince Charles is already reshaping the family to carry on after she passes, too.

Many claims that Charles has already moved to streamline the royal family and deal with a new reality in the face of Philip’s death, the nasty departure of Prince Harry and wife Meghan, and the ugly internal exile of Prince Andrew.

According to the New York Times, Buckingham Palace is scrutinizing Operation London Bridge, a plan for what will transpire after the queen dies.

Royal Family News – Operation London Bridge Will Be in Play

Elizabeth is seemingly in good health, and her mother lived until the age of 101. To that end Buckingham Palace is expecting to celebrate her platinum jubilee, a four-day celebration in June 2022 to mark 70 years on the throne.

Peter Hunt, a former royal correspondent for the BBC said, “Fundamentally, the queen will fade away. Covid has helped in the sense that it has accelerated what any sensible 95-year-old woman would want to do, which is not stand on your feet all day long.”

Nonetheless, the queen has returned to work since Philip’s death. In a lockdown, the queen conducted meetings by video calls over the last year and slowly returned to in-person duties when it was safe to do so.

Still, Charles has already taken over some of her duties including international trips and investiture events. He accompanies her to the state opening of Parliament and the next one is scheduled for May which he will attend as her consort in place of Philip.

Perhaps his biggest challenge is making do with the royals he has left. The workload has not decreased but the rank and file have. It does not look like Harry and Meghan will ever resume their duties after dumping the family in a public and vocal manner. They are in California and continue to trash talk the family, the latest in a scandalous Oprah Winfrey interview. It looks like Charles has his work cut out for him.