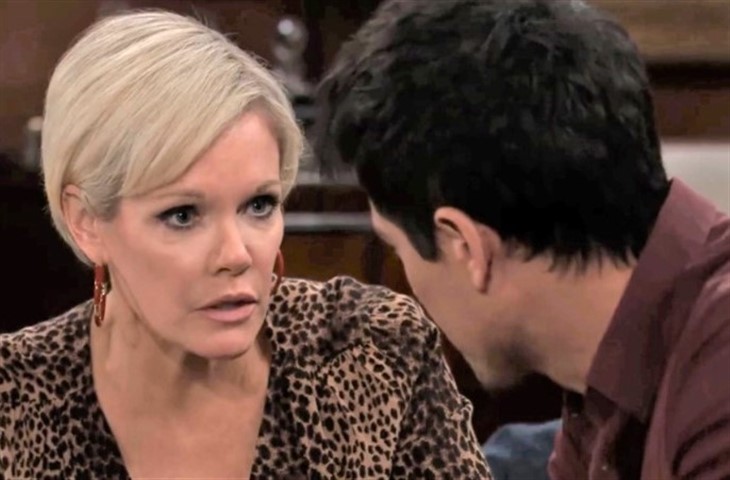 General Hospital (GH) spoilers say that no one certainly expected to see them come this far, but yet here we are. Even though they love each other and much as they hate one another (and could easily kill each other too), Ava Jerome (Maura West) and Nikolas Cassadine (Marcus Columa) are looking to renew their vows. And luckily, we’ve got all of the details you need to know right here.

According to the latest issue of Soap Opera Digest spoilers, everyone in Port Charles is giving a little side-eye to Ava and Nikolas’ relationship, as it’s clear as they that while these two certainly love each other, they also loathe one another, too. Speaking to the publication in a new interview, General Hospital co-head writers Chris Van Etten and Dan O’Connor explains what’s next for everyone’s favorite push-and-pull couple.

The scribes preview, “Ava and Nikolas are planning to renew their vows in a fashion more befitting them now that they have admitted their true love for one another. But someone out there is displeased with the direction that their relationship is taking and is sending them signals that they may be better off breaking up.”

Of course, if there’s anything that we’ve learned about life in Port Charles, it’s that no vow renewal ceremony, wedding, or even funeral goes off in this town without a hitch. As much as Ava and Nikolas might want this to work out, General Hospital spoilers tease a very good chance that the stars won’t align in their favor.

General Hospital Spoilers: The Most Unlikely Couple In Port Charles

Elsewhere in Port Charles, it looks like Alexis Davis (Nancy Lee Grahn) is still in prison, but she’s not alone. She’ll be spending the next several weeks searching for a way to rediscover the woman that she really is.

Also, GH spoilers show the Quartermaine family will experience some major shake-ups in the months ahead while Maxie Jones (Kristen Storms) and Brook Lynn Quartermaine (Amanda Setton) will enter into a bargain that each hopes will yield results for each of them. Needless to say, General Hospital fans will have to tune in each and every day for all of the action!