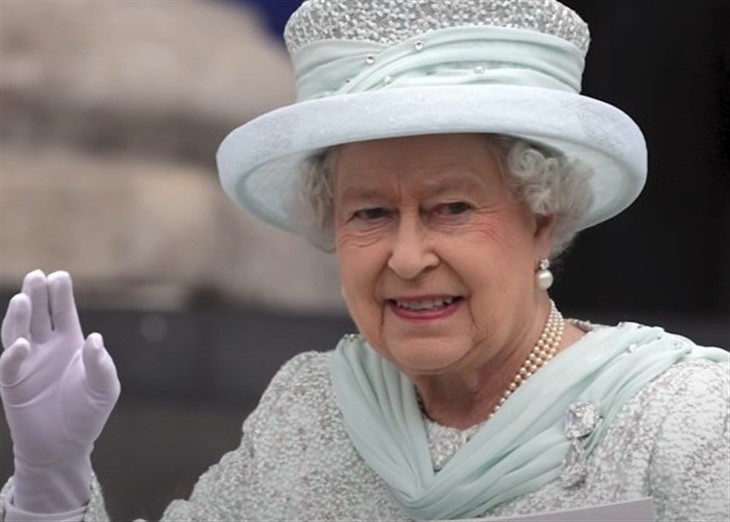 British royal family news shows that Queen Elizabeth had her first photographed engagement today following the death of her husband Prince Philip, Duke of Edinburgh. The official mourning period is over and she was clad in a pale blue floral dress with pearls around her neck.

Royal Family News – Queen Elizabeth Is Back At Work

Today’s virtual event comes 10 days after the funeral of Philip, who died at the age of 99 earlier this month at Windsor Castle.

Her second official engagement involved welcoming her new Lord Chamberlain to his post.

Earl Peel had been a key royal aide for 14 years and as the Lord Chamberlain, he was the most senior officer role in the royal household.

He managed the arrangements for the duke’s funeral and has been replaced by former MI5 spy chief Baron Parker.

Royal Family News – Queen Elizabeth Is Back To Work

Today the Queen was not dressed in her prior black mourning outfit. Instead, she had on a pretty pale blue floral dress. Her dress was covered in purple, white, and yellow flowers, and she accessorized it with a three-string pearl necklace and a diamond brooch.

The official royal mourning period came to an end on Friday, April 23 indicating that the Windsors will be back to work full-time.

On April 17 the queen said her final goodbye to her husband of 73 years at a socially distanced funeral service in St. George’s Chapel. Due to COVID rules, only 30 attendees were present and the Queen sat alone.

Just 12 days after Philip’s death the Queen turned 95. At that time she released a message thanking well-wishers for their tremendous tributes to Philip and said that she and her family were in a “period of great sadness,” but appreciated their outpouring of support.

“We have been deeply touched and continue to be reminded that Philip had such an extraordinary impact on countless people throughout his life.”