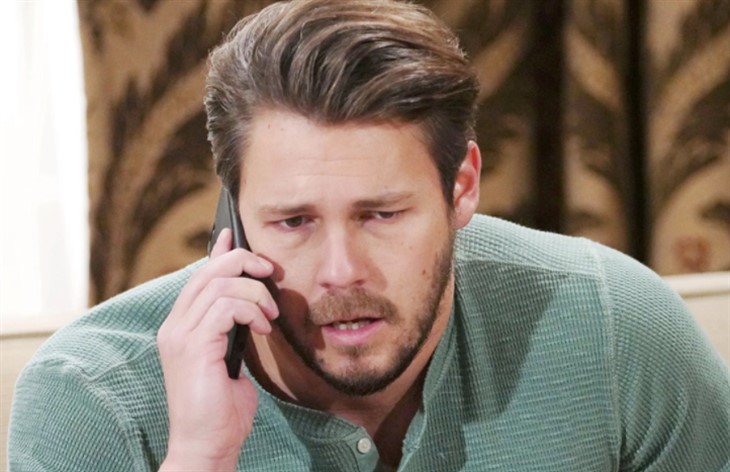 Viewers of The Bold and The Beautiful will recall that Liam has barely been able to contain his guilt over Vinny’s death after he hit him as he suddenly had appeared in front of the car he was driving. It was one of Bill Spencer’s (Don Diamont) favorite cars, and he was at the wheel. Bill went to great lengths to cover up the accident, even though if the only 911 had been called there would be no suspicion – the police would have a record of a 911 call to compare with the time of Vinny’s death. But Bill wouldn’t allow it, and when Vinny died in front of Liam, it was so traumatic to Liam that he literally passed out!

The Bold And The Beautiful (B&B) Spoilers: This Is What Katherine Kelly Lang Really Wants To Do

He has not wanted to keep this horrible truth inside but his father forced him into it – and now the actions of his father have caused police to be suspicious that it wasn’t an accident at all, but intentional. All of Bill Spencer’s cover-ups have begun to come back and bite him in the behind, with the suspicions of Deputy Chief Bradley Baker (Dan Martin) targeting both Bill and Liam! Viewers of The Bold and The Beautiful will recall that it was a dark night and Vinny was wearing dark clothes and likely jaywalked across the road, and Liam simply didn’t see him – he had taken his eyes off the road for a split second, but it’s not like Vinny was walking along the side of the road and Liam had swerved and hit him. Vinny himself could have been considered partially to blame!

Viewers of The Bold and The Beautiful will recall that Liam barely knew Vinny. What is he doing going to his memorial service, to begin with, unless it would be to support Hope Spencer (Annika Noelle), who didn’t know him all that well either? Hope probably goes to support Thomas Forrester (Matthew Atkinson) because they were best friends and playmates as small children. Undoubtedly Dollar Bill strikes again, and convinces Liam if he doesn’t go to the memorial service he will look guilty for Vinny’s death!

Liam has been having nightmares and even saw Vinny’s “ghost” before him accusing him of his death – although that is pretty common when a person is in shock, and Liam has been in shock over contributing to Vinny’s death even if it was an accident. It sounds like all of Liam’s struggles to maintain normalcy and do everything Dollar Bill has told him to do to keep it together will hit him all at once in the memorial service and he will have a nervous breakdown of some type. Liam may even blurt out the truth of what happened, especially if the memorial service is of the type where the deceased is displayed in an open casket!