The Young And The Restless (Y&R) Spoilers: Victor’s Winning, Back In Control – Ashland Won’t Beat The Moustache 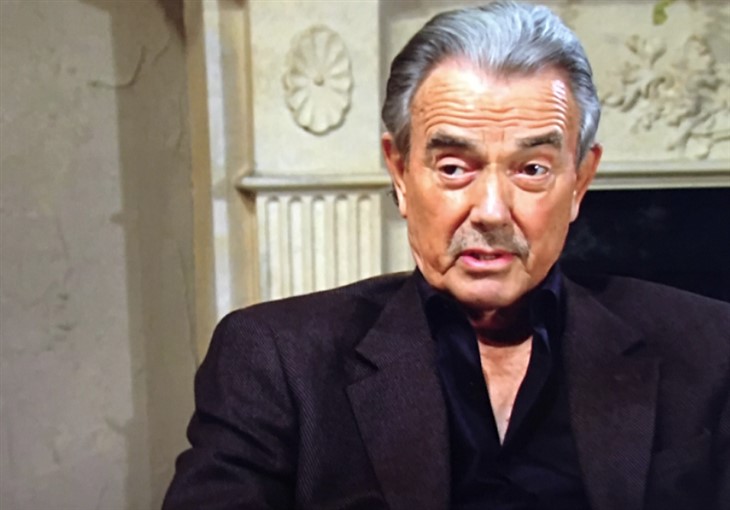 The Young and the Restless (Y&R) spoilers document that Victor Newman (Eric Braeden) took Cyaxares from Ashland Locke (Richard Burgi) under duress. A legal challenge, based on the particulars involved in the completion of that transaction, could reverse the deal if Victor’s duplicity could be proven. A successful outcome could also lead to an arrest.

Ashland’s sudden heart crisis and need for a pacemaker caused him to be rushed from the Newman Ranch to Genoa City Memorial Hospital. Tara Locke (Elizabeth Leiner) was naturally upset by the event but was feeling better in the days that followed.

However, Billy Abbott (Jason Thompson) became aware of what went down between the Moustache and the debilitated Lockeness Monster. His tell to Tara about that furthers the drama on Y&R.

The Young And The Restless Spoilers – Snatching Victory Near Death

Hardcore viewers didn’t need to see a flashback to the legendary scene where Jack Abbott (Peter Bergman) left Victor for dead in the Colonnade Room. That fabulous scenario had both warriors going at it, followed by Victor’s collapse onto the floor due to his own heart crisis. Bergman’s improvisation, where Jack physically brushed past Braeden as he intentionally exited, added a true professional’s panache to the script.

The modern-day scene is different, with Victor not leaving his living room. Instead, he forced Ashland to sign the Cyaxares sale contract before authorizing Nikki Newman (Melody Thomas Scott) to call the paramedics.

So, swooping in and apparently scoring Cyaxares thrilled Victoria. She firmly believed that her dad and loathed brother, Adam Newman (Mark Grossman), were defeated.

The victory was a way for Victoria to reinforce independence, to keep Adam at bay, and to shield Billy from an anticipated heavy smear. But then Ashland changed his mind, believing that Adam’s legal jeopardy was a deal killer.

The Young And The Restless Spoilers – Ashland Locke Is An Actor?

Ashland has a number of soapy balls in the air right now. He’s in a weakened state due to his physical health. Mentally, he’s dealing with the reality that Tara and Kyle Abbott (Michael Mealor) were involved, with the paternity issue yet to be fully detailed as well.

In terms of business, Cyaxares represents something that he built, just as Victor created Newman Enterprises. So, Ashland is naturally protective of it.

Viewers will be keenly watching Burgi’s character in the coming days. His behavior is something to focus intently upon. Have all factors he’s facing created a change of heart, or will he fake a new outlook?