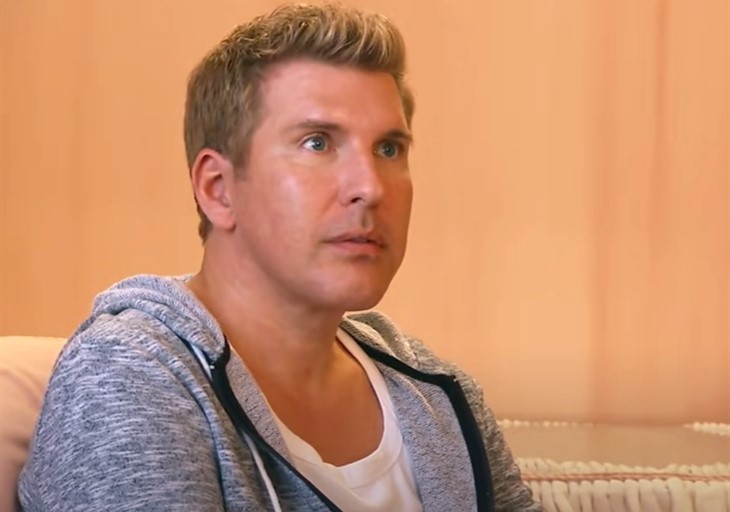 Todd Chrisley and his wife Julie faced a lot of issues with taxes and alleged fraud. He seems determined to expose the Georgia Department of Revenue as frauds with rampant corruption. Earlier this month, he appeared in a federal court but on his social media, he tells fans what goes on behind the scenes. On April 28. he dropped some audio.

In the latest court hearing, the Chrisley Knows Best star allegedly submitted some fake accounts. It also involves allegations of false documents sent to a property owner. The allegations involve them attempting to hide their income from their TV show. Actually, it all sounds very complicated and Judge Justin S. Anand heard in the trial that some suppression of evidence appeals were heard from attorneys.

Todd Chrisley already told his fans that he intends to share anything that comes up as dodgy from the Georgia investigation. That came on the Chrisley Confessions podcast. While Todd tries dumbing it down a bit for his followers, it still seems like a hot mess and involves allegations that corrupt officials are working against him. This week, he went straight to his Instagram and shared audio and a transcript that certainly sounds a bit like something dodgy goes on.

When he shared his audio this week, Todd Chrisley captioned it with, “The Corruption NEVER ends!” He also sounded really angry when he added, “How are we supposed to feel safe when government officials are committing illegal acts? @govkemp @briankempga.” Well, it’s not clear who is on the phone speaking with Todd. However, it sounds like they are on Todd’s side. Todd wrote out a transcript and he talked about “Jeff” calling up and asking for contact.

Todd Chrisley revealed that it involves officials needing to download stuff from the phone. In part, the audio revealed, “Alex Kirkland is not to touch your phone at all and I was like, hmm, Alex, just so you know, Jeff and Alex called me cause they needed the passcode to my phone.” Then it continued with, “Sponsellar got real quiet and he goes, I have to make some phone calls because at this point we’re talking about doing illegal things and they are going to get us in trouble.”

Fan Have No Idea What’s Going On

Fans who saw the post and heard the audio on the post that Todd Chrisley shared seem super-confused. One of them said, “I am so confused. What is happening?” Others agreed that they couldn’t figure it out. However, those with some sort of idea about it all, agreed that it sounds like corruption. One of them noted, “Good lord this is better then (sic) any crime book or movie someone could write… absolutely batsh-t crazy ppl! I’m so sorry you and your family have had to go through this hell because of ppl being just greedy!”

Remember to check back with us often for more news and spoilers about USA Network star, Todd Chrisley.