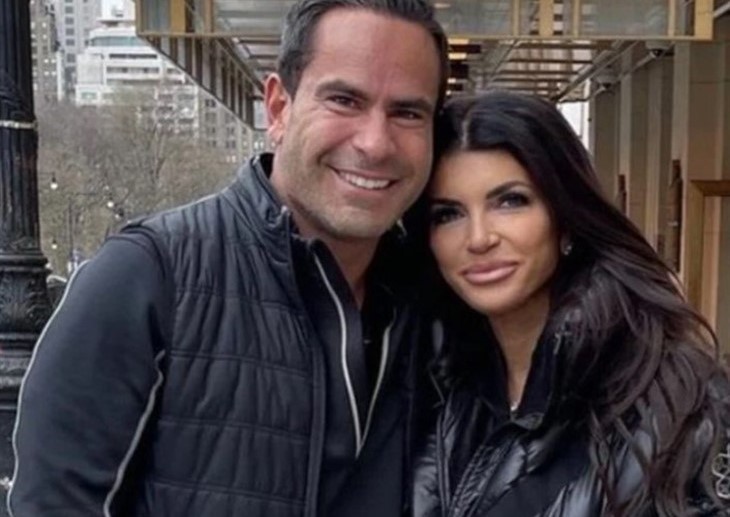 RHONJ fans see a lot of photos of Teresa Giudice and her boyfriend, Luis Ruelas. Some of them don’t trust him and they fear that their favorite Real Housewives of New Jersey star ends up hurt. However, she seems giddy with love like a lovestruck teen. This week she shared a photo of him and he made a duck lip pose. Well, Bravo fans just enjoyed a whale of a time trolling on him for it.

RHONJ Fans See A Lot Of Photos Of Luis Ruelas

Teresa and Luis obviously like each other a lot. Actually, one of the photos that Teresa shared of herself with him already brought a lot of laughs. That came when she visited the Bahamas where she, Joe, and Luis all got together with their daughters. Her friend, Dina Manzo got fans rolling with laughter when she called Teresa out for almost revealing her “chuckalina.” That comment came when the photo of Luis and Teresa revealed her very high thigh-slit.

While RHONJ fans banter and tease Teresa, they agree that they make for a handsome couple. Nevertheless, fears linger that Luis might hurt her. Not just her heart, but physically, as well. After all, he was once charged for an alleged assault after a road rage incident. Well, that happened in 2018, so maybe he did some anger management for it. Still, fans become very protective of their Real Housewives of New Jersey stars. 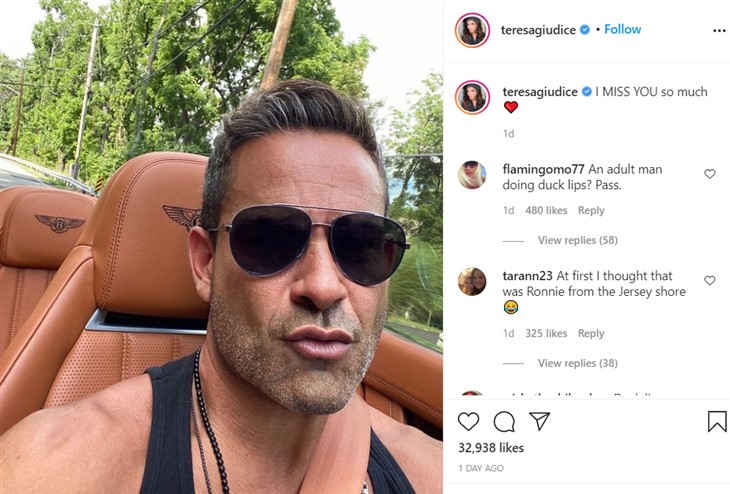 Trolls Have A Whale Of A Time Trolling Luis

RHONJ stars all have those who defend them against trolls. This time, so many people joined in the fun of trolling Luis, loyal fans had a hard time stopping it. Somehow, the trolling seemed more lighthearted than malicious. Nevertheless, some people felt upset because of the trolling about duck lips. It came on April 28, when Teresa shared a photo of Luis. Her caption read, “I MISS YOU so much ❤️.”

Well, the first witty comment that upset fans came from a RHONJ fan who noted, “At first I thought that was Ronnie from the Jersey shore 😂.” However, later it turned into a discussion about Luis and his duck lips. In several batches of comments, those loyal fans frantically tried to stop it, but to no avail.

One RHONJ fan who hated the trolling said that it looked like Luis sent Teresa a photo of himself “blowing her a kiss.” However, Bravo trollers didn’t care. One of them commented, “Duck lips on a man? Nooooo.” Well, so far 17 people climbed in and trolled in the replies. Then another fan said, “An adult man doing duck lips? Pass.” 54 people got involved with that conversation, and it racked up over 400 likes. It certainly seems like a lot of people laughed at Luis. Maybe next time, Teresa takes care not to post up blowing-kisses photos.

Remember to check back with us often for more news and spoilers about Bravo’s RHONJ and Teresa’s boyfriend Luis Ruelas.