The Young And The Restless (Y&R) Spoilers: Adam’s Name Cleared – Victor Is Vindicated 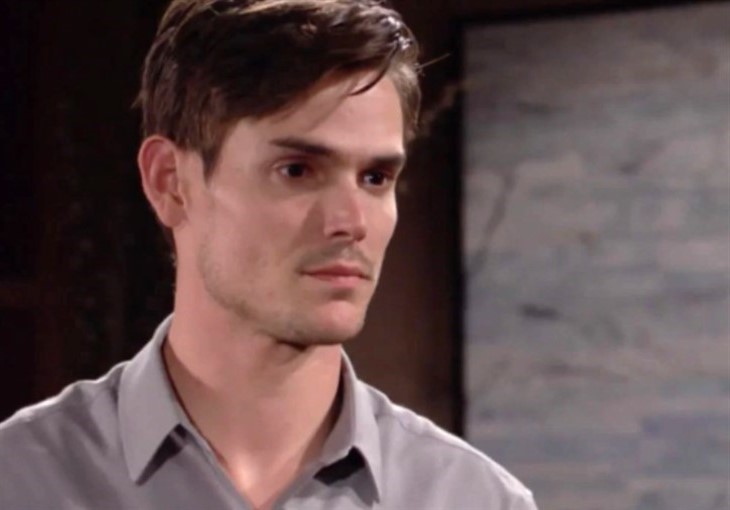 The Young and the Restless (Y&R) spoilers document that Adam Newman (Mark Grossman) is currently believed to be an attempted murderer. He’s also thought to be on the lamb in response to said guilt. But neither point is true.

Rey is Paul Williams’ (Doug Davidson) lead detective on the GC Police Department’s force. Viewers haven’t seen Paul in a long time because Davidson works on a recurring contract, which hasn’t recurred in a while.

Here’s hoping that the Chief of Police is written into the show more often because Davidson because the fans want to see this great actor who is a Y&R icon. Fictionally speaking, Rey could use the advice and direction of his boss as well.

Is it reasonable to believe that the person who was the target of an attempted murder plot would be trying to solve the crime? Sure. But Rey is doing it on his own and is only seen receiving advice from Michael? That is a daytime creation that furthers the plot.

Y&R Spoilers – Adam Newman Hiding Inside His Own Life

Adam doesn’t have a persecution complex in this instance, he truly is being hunted for something he didn’t do. Now, it must be said that his terrible reputation created the circumstances where Rey and others choose to focus on his downside.

Sharon Rosales (Sharon Case) is not one of those people. The call she received from Adam, where he unexpectedly said that he doesn’t fully blame Chelsea, is an indicator of what’s to come.

Chelsea set Adam up. He knows it and is trying to clear his name, while also keeping the mother of Chadam’s son, Connor Newman (Judah Mackey), protected. That won’t be an easy needle to thread, but Victor is on Adam’s side and that is a difference-maker.

The Young And The Restless (Y&R) Spoilers: Sally’s Past Comes Creeping Back To Haunt Her https://t.co/XXO2CRfBXN pic.twitter.com/g9sntkE389

The Young And The Restless Spoilers – Victor Newman Protects His Own

Victor has often brushed aside what the other members of his family have said about Adam. The terrible Kansas secret drove Victor’s actions for years. Today, with that issue behind them, both men have a more mature relationship.

As spring scripts play out fans will see Victor clear Adam’s name. That must happen with Rey’s help or grudging admission after the fact.

As for Chelsea and Sharon. They are the two most important women in Adam’s life. Both love him, but only one is Rey’s current wife.