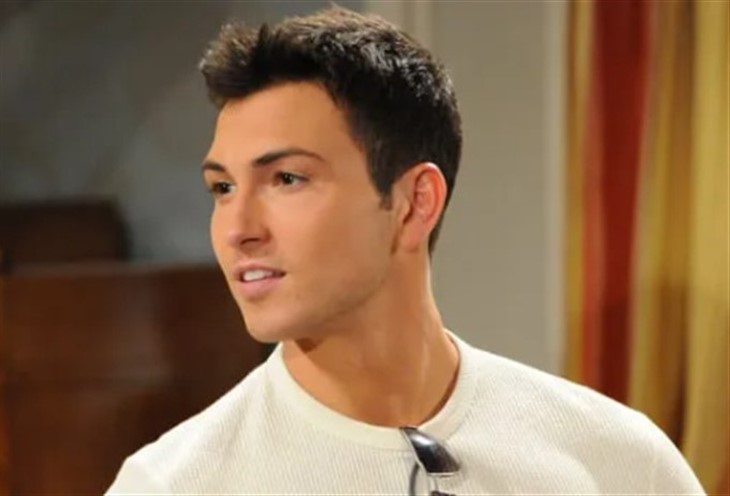 Days Of Our Lives (DOOL) spoilers and updates reveal things are heating up on DOOL. Ben Weston (Robert Scott Wilson) has no plans of giving up on Ciara Brady Weston (Victoria Konefal) and he plans to do everything he can to win her back. The character’s portrayer, Robert Scott Wilson, teased that Ben will go to extremes to make sure that Ciara remembers her past and it’ll be “kind of extreme and kind of aggressive and kind of scary.”

Days Of Our Lives Spoilers  – Ben Begs Ciara To Stay

Fans may recall that Ben begged Ciara not to move to South Africa with Theo. He promised he would give her space but she didn’t change her mind. Even if Ben argued that they were married, Ciara can’t bring herself to stay since she can’t be with someone or with people who she can’t remember, because of her amnesia.

Ben can’t bear the thought of losing his wife so he comes up with a plan to bring Ciara to the cabin where they first bonded.

“Ben goes to see her, and he pretty much is going to kidnap Ciara. He’s going to try and jog her memory and take her to a place that will remind her of who he is,” Wilson revealed.

But when she sees Ciara, he’ll realize that he can’t go through it. He’ll decide to let her go even if he still loves her. Ciara will leave Salem. But just before that, Ben will give Ciara her engagement ring and they reconnect briefly.

“They have this moment where maybe she connects with him a little bit, but she’s afraid to lean into it. Even though she doesn’t want to believe she loves this guy, she sees this man trying to make an impression on her and trying to get her to remember something,” he teased.

“Ben sees a slight glimmer of hope in the back of her eyes. But then she leaves, and that’s it,” he added.

Days Of Our Lives Spoilers: Gabi’s Romantic Future Confirmed, Is It With Philip Or Jake?https://t.co/A2CG0LbFD7

Ciara’s departure will leave Ben “devastated.” But that’s expected given the situation they’re in. There’s still a huge possibility that they’ll get back together once she gets her memories back, which will surely break Theo Carver’s (Cameron Johnson) heart.

Theo understands the risks but he’s still willing to make it work with Ciara. He plans to take things slow and see how their love story unfolds. It seems like Ciara’s happy with Theo. Nobody knows how long that’ll last but one thing is for sure, at least for now, they’re both leaving town.