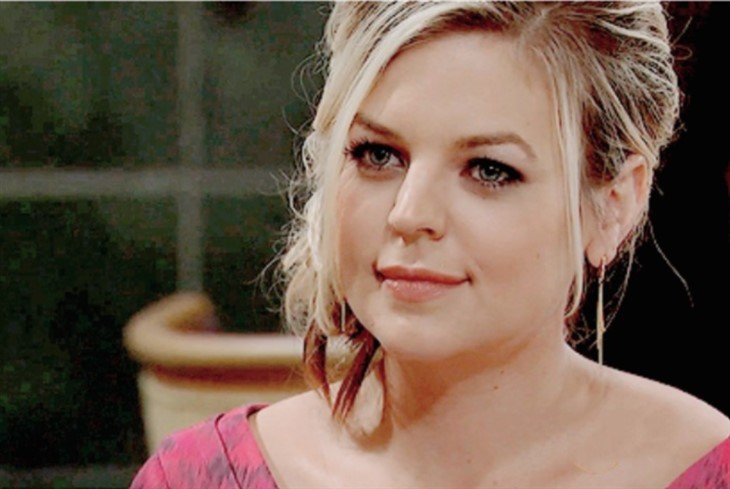 General Hospital (GH) Spoilers say that you might feel like Maxie Jones has been pregnant forever on the hit ABC soap, you are not the only one. As a matter of fact, the character’s portrayer Kirsten Storms says that a lot of people have been feeling that same way, both on and off-screen. Here’s what she has to say.

In a new interview with Soap Opera Digest, Kirsten said that General Hospital’s Executive producer Frank Valentini once came up to her and said that it feels like her character has been pregnant for 13 months – or maybe even longer! As many fans know, her character Maxie has been carrying her unborn child Louise since early 2020. And according to Kirsten, she’s just as ready to give birth to her fictional baby as her character is!

Kirsten said that she is so ready more than anyone else for this baby to get here already! The actress told the publication, “I just don’t hope I deliver it on the side of the road again like I did with my son James. The padding for the belly is so thick and then I have to wear like a Spanx bodysuit to hold it in place, and then Maxie’s winter clothes and it’s like 75 or 80 degrees in Los Angeles – I am constantly warm on set. I am ready for that to be over, too!”

Kirsten says that while she knows that her character doesn’t seem like the perfect candidate for a mother of three, she knows that there is going to be a lot of work and even trouble ahead! She added, “It doesn’t really feel like three because we don’t see the kids – ever! Look, I would rather not see them than have them come back and be like, 12, or 13! That’s going to get me when they do that to me. I know that day is coming!”

With that said, we have a feeling that the moment Maxie gives birth, she won’t be able to hold on to her baby for too long. That’s because she’s derived a plan with Brook Lynn Quartermaine (Amanda Setton). Fans will have to tune in for all of the action!