The Bold And The Beautiful (B&B) Spoilers: Wyatt Frustrated, Bill And Liam’s Stories Don’t Line Up 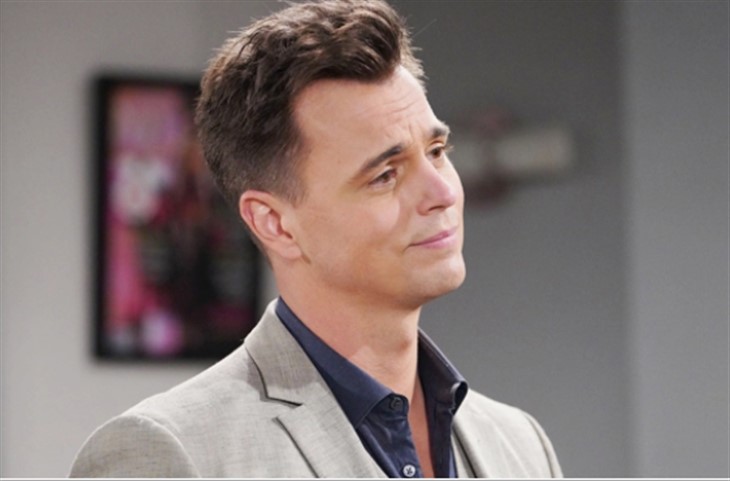 The Bold And The Beautiful Spoilers – Wyatt Spencer Is Suspicious

Viewers of The Bold and The Beautiful will recall that Wyatt was confused and suspicious about why Dollar Bill sold his favorite car! Dollar Bill’s reason didn’t really seem to make sense to Wyatt, who knew that Bill loved that car as a child! Bill just made an excuse about someone making him an offer he couldn’t refuse for the car, paying three times as much as it was actually worth. But Wyatt is also noticing Deputy Chief Bradley Baker (Dan Martin) coming around Spencer Publications – a lot!

The Bold And The Beautiful (B&B) Spoilers: Brooke Helps Donna Woo Eric, Get Revenge On Quinn

Flo Logan (Katrina Bowden) has been seeing him asking a lot of questions at Forrester Creations as well, and of course, she brings that information home and she and Wyatt talk about it. It is somewhat understandable that the police would want to talk to people that knew Vinny to try and get ideas and motives for his death, although Bill has been saying it was an accident all along.

Viewers of The Bold and The Beautiful know, however, that Bill has also been pushing Liam to push his feelings and his guilt down and not appear out of control emotionally. It’s not been working very well for Liam, even though when pressed by Hope Logan Spencer (Annika Noelle) about what is wrong, he attributes it to his night with Steffy Forrester (Jacqueline Macinnes Wood) even though he didn’t act all that guilty at the time!

Wyatt becomes so concerned and so suspicious about the night that Vinny died, especially taking concern regarding all the questions by Baker, he decides to ask some questions himself! He knows that something has been bothering Liam because he’s had a hard time concentrating at work lately – but it doesn’t make sense. Wyatt knows from talk going around between Flo and her aunts and what he hears from his dad that Liam should be happy now; he and Hope have just patched things up! He tries to get the truth out of Liam but Liam just continues to look worried – Wyatt asks him if the kids are okay, trying to figure out what’s wrong and encourages him to talk to him about it brother to brother! Wyatt is confused as to why he won’t talk or open up.

He starts asking more pointed questions about the night Vinny died and asking if Vinny’s death is bothering him. Wyatt finally gets out of him that he is bothered over how Vinny died – and that anyone would just leave him on the side of the road, and let’s slip he wishes he could have done something to save his life!

Wyatt becomes exasperated and asks what Liam means by that – he says he and Bill were coming home from the cabin that night and switches gears quickly, wishing they had come down that road and found him before he died. Then Wyatt asks Bill about that night and he becomes overly defensive, saying that he and Wyatt were in his apartment all night! Now Wyatt is really frustrated – and wonders if they hit Vinny and if that is why Bill sold his favorite car!