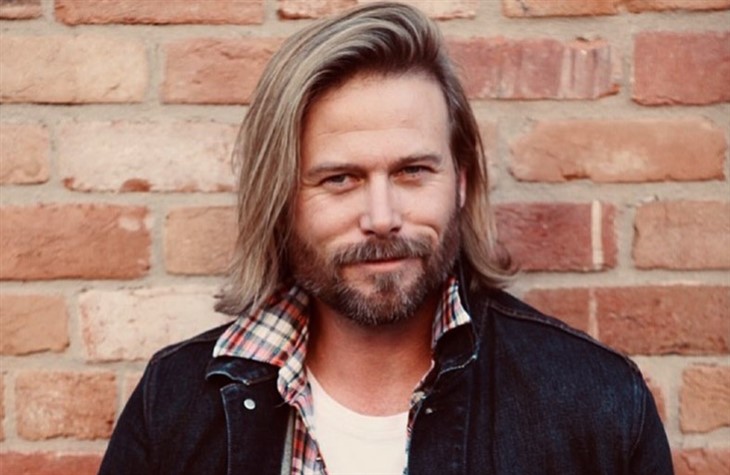 The Bold and The Beautiful (B&B) spoilers reveal alum Jacob Young is the newest cast addition of AMC’s “The Walking Dead” for its 11th and final season.

The actor played coy late last month by posting a selfie flaunting his lush beard on Instagram and hinted “it was time to play a new TV role.” His fans have been waiting for an update since then, and just hours ago, he dropped the latest news. Sharing Deadline’s article, the actor wrote: “So excited and pumped about joining such a successful and long-running franchise! Looking forward to sharing more with everyone.“

The latest season includes 24 episodes and is scheduled to premiere on Sunday, August 22.

The Bold And The Beautiful – Defamiliarization Of The Familiar

In an interview with “The Walking Dead” executive producer and showrunner Angela Kang last month, she told Insider that the classic moment from the comics will be getting twists over the flow of the final season’s 24 episodes.

TWD’s final teaser hinted at a familiar scene from Robert Kirkman’s comic-book series, where they based the show. It was similar to the iconic Michonne story where she got to be reunited with her daughter named Elodie. However, the big difference between the comic and the AMC series is that the latter gave Michonne (portrayed by Danai Gurira) a son instead, who died in the early apocalypse. Danai also left the series in season 10.

When being asked how the writers will “remix” that scene to the series aside from the obvious that they will do it with different actors, Kang explained they will see how it will play out.

“Yes, I think for comic-book fans that definitely means something specific. We’re planning to do some version of that, but, since we don’t have Michonne, we’ll see what form that takes,” Kang said.

Jacob Young will also be playing an unfamiliar character named Deaver, who also did not appear in the comic. The show did not disclose any other details about his character at the moment.

TWD will be back to being “big and scope-y” in Season 11 as Kang puts it. She hopes it will provide a feeling that they are still up to finding new things, but also just heading in the right direction, even in its last season.

“There’s going to be a feeling that things are just ripping along for the first block. Then, we’re going for some different tonal things than we’re used to on the show, which hopefully will be fun for the audience,” Kang told TVLine.

The Bold And The Beautiful – From Daytime to Primetime

Jacob Young is a veteran actor who has spent many years in daytime soap since his debut in “B&B” in 1997 as Rick Forrester. Later he starred in “All My Children” as JR Chandler and in “General Hospital,” he portrayed Lucky Spencer, which landed him the Daytime Emmy Award for Outstanding Younger Actor in a Drama Series in 2002.