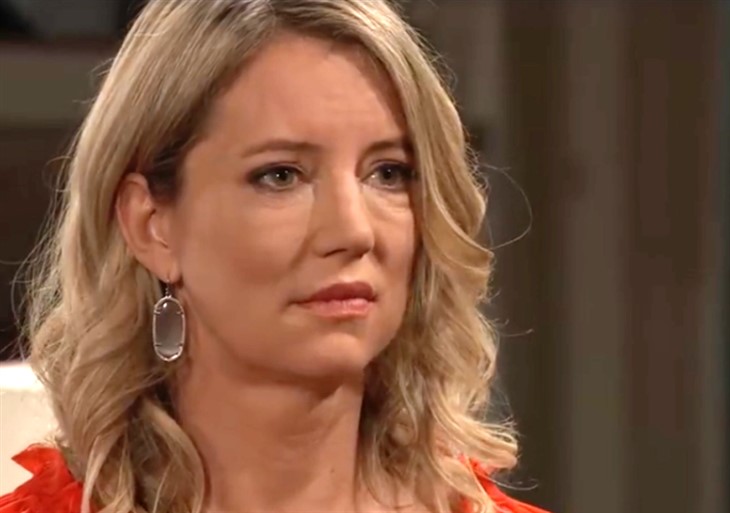 Actress Cynthia Watros has an explanation for her character’s devious exploits, as she explains in the May 11, 2021, issue of Soap Opera Digest.

“She’s not thinking about Carly (Laura Wright) and the kids. You could talk to the writers and they would say, ‘Cynthis is totally wrong about this but I feel like she sees Mike and thinks ‘Maybe being here is like a gift for him.’ Plus, in Nixon Falls, she’s also settling in within herself that she hasn’t felt in a long time. She’s been upset and sad for a bit, so for both of them, there is a carefree joy that they both kind of struggle [to find] in their normal lives.”

Watros doesn’t feel what Nina is doing is in any way out of hatred for Carly or a revenge plot. She doesn’t think Nina means to hurt anyone and feels if push came to shove, she’d tell Carly the truth if there was an actual emergency and Sonny’s presence was absolutely necessary.

GH Spoilers – Is Nina Reeves Nothing But A Hypocrite?

Of course, not thinking of Sonny’s (Maurice Benard) kids can make her a bit hypocritical because Nina was angry at Jax (Ingo Rademacher) and Carly for keeping her away from her grandson, Wiley (Theo and Erik Olson) by not telling her that Nelle (Chloe Lanier) was her daughter. Not she is keeping Sonny away from his wife and kids and even grandkids. And she is keeping them away from Sonny.

Watros defends Nina still. “We all make bad choices in our life,” she tells Digest. “I think she just gets carried away. Almost like a kid. She just digs her hole deeper. But she’s not a bad person. She’s not trying to hurt anyone.”

The General Hospital fandom is having a big debate about that one as some think what Nina is doing is terrible and others enjoying this twist where the tables are turned on Carly, who is often trying to play God with everyone’s lives. This time it’s Nina’s turn. Stay tuned to General Hospital weekdays to see how this plays out.