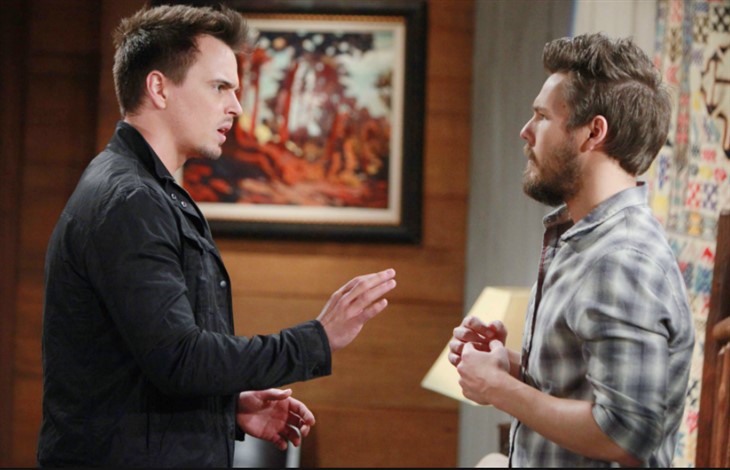 The Bold and the Beautiful (B&B) spoilers say that Wyatt Spencer (Darin Brooks) has a feeling that something is going on, but he just can’t put his finger on it. In fact, Wyatt enters his father Bill Spencer’s (Don Diamont) office to find him once again arguing with Liam Spencer (Scott Clifton), and naturally, he wants some answers.

According to the latest issue of Soap Opera Digest, when Wyatt first walked in on them, both Bill and Liam brushed it off as stuff pertaining to Steffy Forrester (Jacqueline MacInnes Wood) and Hope Logan (Annika Noelle). But Wyatt now believes that his father and his brother are perhaps not telling the truth.

Speaking to the publication in a new interview, Darin Brooks, who plays Wyatt on the hit CBS soap, puts it this way, “That was his first inkling and something was up. But now, Wyatt comes into the office and they are in a more heated exchange and he’s like, ‘Okay, what is happening here?’ He knows his brother. He knows when something is upsetting him, and Wyatt becomes concerned that they are keeping something from him.”

The Bold and the Beautiful spoilers say that’s when Wyatt implores the two of them to come clean about what they are really hiding. Of course, if something is affecting his family, Wyatt wants to be the first person to know about it. But in this case, it seems like he is the last.

Of course, B&B fans will have to tune in to find out what will happen next!

The Bold And The Beautiful Spoilers: Sheila’s Plan Is Ominous – All Hail…

The Bold And The Beautiful (B&B) Spoilers: Eric Reverses Course, Makes A…