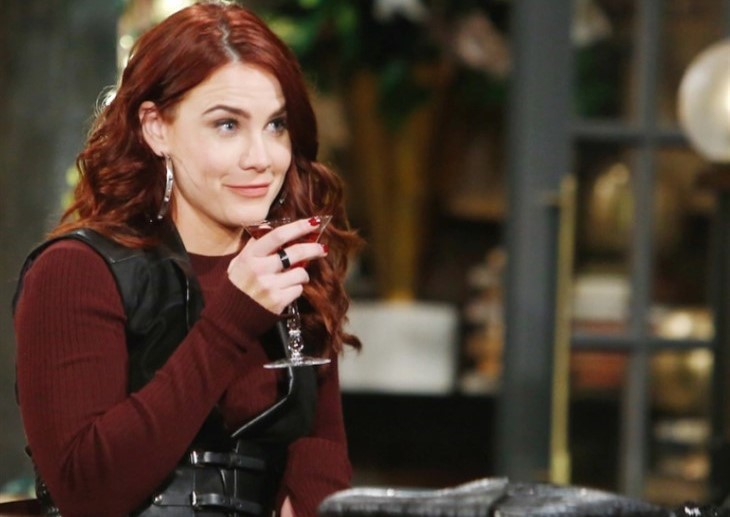 The Young and the Restless (Y&R) spoilers document that Sally Spectra (Courtney Hope) isn’t taking no for an answer. She sees Jack Abbott (Peter Bergman) in her present and future life. With that, this crossover character from The Bold and the Beautiful has reset her mark.

It does seem that Sally is taken by Jack. She certainly finds him to be physically attractive and is impressed by his personality. His prominent place in Genoa City, Wisconsin, is also very appealing.

Young And The Restless Spoilers – Jack Abbott Saw Too Much

Jack thought he saw pieces of various past troubled romantic matches in Sally. While he was initially smitten by her presence, the erratic behavior and tales of Los Angeles, California, were a bit too much.

The Young And The Restless (Y&R) Spoilers: Victor’s Winning, Back In Control – Ashland Won’t Beat The Moustache

But Jack’s choice to back off and tell Sally that they were done hasn’t proven to be the end of the Jally run. She’s recalculated, still believing that Jack is her ticket to personal and professional success.

Sally intentionally got into it with Tara Locke (Elizabeth Leiner) at Crimson Lights. Their pleasant chit-chat quickly turned into a threat when Sally told Ashland Locke’s (Richard Burgi) wife to tell the Lockeness Monster to back off Jabot and Jack.

Bergman’s character appeared at the doorway, with the intended confrontation between both ladies allowing Sally to look like Jack’s defender. She was following up on him overhearing her tell Summer Newman (Hunter King) that she had fallen in love with Bergman’s iconic character.

Jack was noticeably impacted in both instances. His search for love might not be over, as seemed to be the case just a few weeks ago.

The Young And The Restless Spoilers – Growing Into Love This Spring

Spring is about rebirth. With that Sally is intent on rebooting what was the start of a sweet friendship with Jack. She does seem to actually care about him, which makes her actions challenging to read clearly.

Sally has admitted that Jack’s a catch, telling that to him directly. She’s also addressed his power position a handful of times, reinforcing that his inner qualities won her heart.

Crossover B&B fans know Sally’s complete history. She’s driven and sees herself with the haves, rather than part of the have-nots.

Sally’s recent actions and her willingness to reassert her belief in this potential pairing is causing Jack to reconsider. His instincts might not have been right, which could mean Sally gains another chance.