Days Of Our Lives (DOOL) Spoilers: Nicole Gets Bad News From Eric – Is Ericole Over For Good? 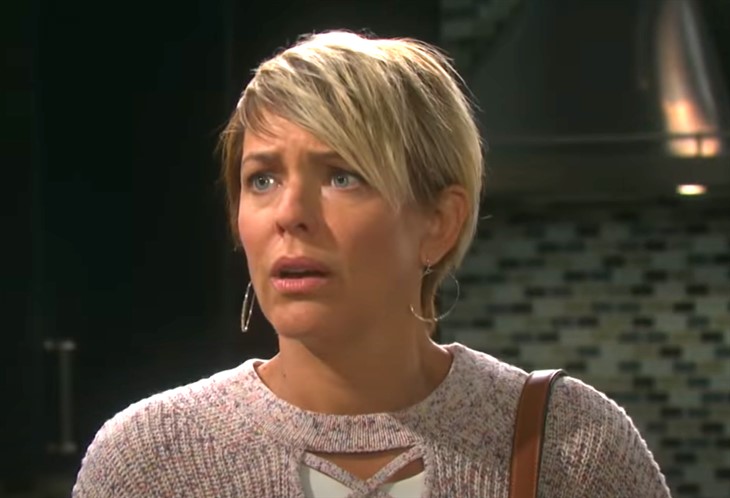 Days of Our Lives (DOOL) spoilers tease that Nicole Brady (Arianne Zucker) will get bad news from Eric Brady (Greg Vaughan) who has been in Africa for quite some time now. Will she find out in an upcoming episode of Days of Our Lives that “Ericole” is over for good?

Days of Our Lives viewers will recall that for years, Eric would have tried to move heaven and earth to finally marry his soulmate, Nicole Walker. But once they were together, it wasn’t three months before the mission work in Africa tugged on his heart more than his new bride – or so it would seem! In recent episodes, Nicole has grown tired of waiting for Eric to return – every time he has made plans to do so, something would come up where he couldn’t, as Days of Our Lives viewers will recall.

Days Of Our Lives (DOOL) Spoilers: There’s A New Romance On The Horizon For Rafe And Ava

Eric should realize his inattention and lack of communication with Nicole is leaving her ripe for a rebound, and even now she finds herself jealous of Ava Vitali’s (Tamara Braun) budding romantic relationship with Rafe Hernandez (Galen Gering) and has told Rafe she’s jealous! One thing after the next and one person after the next kept Eric and Nicole apart for years, and it just doesn’t make a lot of sense for him to just up and go to Africa and the mission field with Nicole back in Salem – but he did leave with her blessing. Nicole may be wishing she hadn’t given him that blessing to go because a few months is starting to turn into years! Eric’s “reasons” are starting to sound like excuses to Nicole! Nicole going with Eric to Africa was never an option – and maybe that was her own choosing, but it seemed like it was not!

Longtime Days of Our Lives viewers would understand why it would be difficult for Eric to break the news to Nicole that he doesn’t want to continue their marriage. That could be a reason why something always comes up to prevent him from even making visits to Salem! How does one say to someone they chased after for years and years that he doesn’t love her as much as his mission work? It’s not like Eric is a priest any more and has to keep a vow of chastity; that ended long ago with Kristen DiMera (Stacy Haiduk) when she got him drunk and raped him!

On the other hand, Nicole has never brought up any option or interest in visiting him in Africa either – he could easily think she doesn’t love him anymore! Some couples are able to maintain fidelity and a love connection over long distances and time, but others are not. Perhaps Nicole and Eric are one of these types of couples because at least on Nicole’s part she seems to be heading towards the scenario of if she can’t be with the one she loves, she’ll love the one she’s with! On the side of what’s really driving this storyline, Eric’s portrayer, Greg Vaughan left the show and there has never been a recast for Eric; does this mean that “Ericole” is over forever, and that Eric’s reasons really are excuses? Is Eric’s bad news that he’s never coming back? Time will tell!