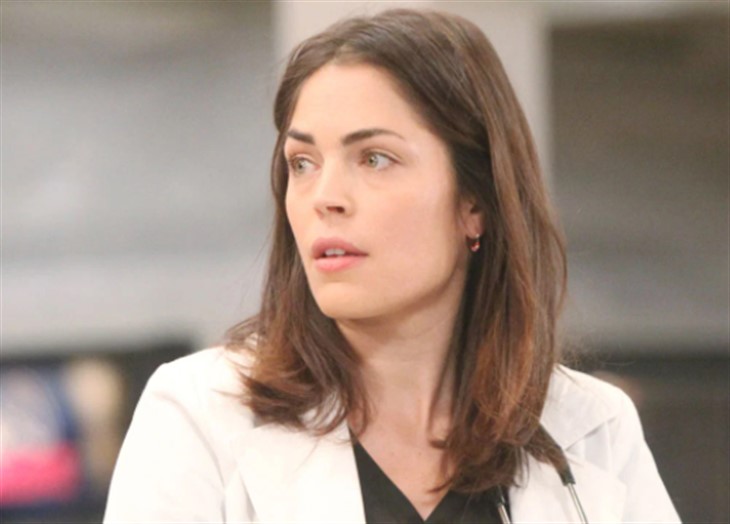 General Hospital (GH) spoilers tease that Dr. Britt Westbourne (Kelly Thiebaud) was supposed to be far away from General Hospital when Jason Morgan (Steve Burton) made his great escape. As viewers know, Jason was sent to Pentonville to await his trial for the murder of Franco Baldwin (Roger Howarth) where he would have stayed had Shawn Butler (Sean Blakemore) not stabbed him so he would be sent to the much less secure General Hospital. Jason knows that now that Cyrus Renault (Jeff Kober) has his mother back, there is nothing to stop him from killing Jason.

General Hospital Spoilers – Cyrus Renault will kill anyone not loyal to him!

Although he hired Britt to be the Chief of Staff at General Hospital, Britt has a mind of her own and was horrified by the increase of drug overdoses in Port Charles. Jason started talking to Britt and slowly convinced her that Cyrus was a dangerous drug pusher. She’s been able to provide some valuable information to Jason and as the weeks turned to months, they seem to have grown even closer. Britt has helped plan Jason’s escape but was not supposed to be around when it all went down. After surviving an attack from Cyrus’ men, Jason will have no choice except to take Britt along with him

Britt and Jason will probably be glad they are together as they will work will together to stay alive and evade capture. Britt won’t be happy that she won’t be able to help Maxie Jones (Kirsten Storm) fake her baby’s death to keep her from her evil father, Peter August (Wes Ramsey). But now that Brook Lynn Quartermaine (Amanda Setton) is officially on board, perhaps they can convince their good friend Dr. Lucas Jones (Matt Trudeau) to take her place.

Things won’t be all doom and gloom for Jason and Britt. When the danger is at a minimum, look for Britt to confide her medical issues to Jason. With her good friend Brad Cooper (Parry Shen) also in Pentonville, Britt hasn’t really had anyone to talk to. Her situation is likely to be life-threatening but look for Jason to urge her not to give up. Realizing they have feelings for each other, they may find the time to take their relationship to the next level by making love.

Will Cyrus’s men try to kill Britt? Will Britt be forced to go on the run with Jason? Could they find a bit of romance even as they run for their lives? Love on the run is quite common in Port Charles, so stay tuned to General Hospital airs weekdays on ABC. And don’t forget to check back right here regularly for all your General Hospital news, information, and spoilers!