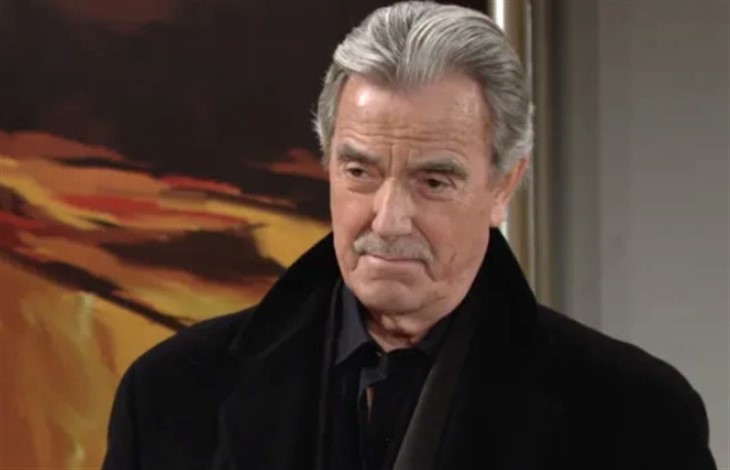 The Young and the Restless (Y&R) spoilers reveal Victor ready to get Chelsea to snap and confess to everything she’s done the past few months.

The Young And The Restless Spoilers – Chelsea Newman On Thin Ice

Now that Chelsea (Melissa Claire Egan) no longer has to pretend to be paralyzed, she and Chloe (Elizabeth Hendrikson) enjoy a night at Society and are a bit tipsy and happy when they get back to the penthouse. They chat as if they don’t have a care in the world — and then eventually notice Victor (Eric Braeden) lurking in the dark.

The Young And The Restless (Y&R) Spoilers: Faith Needs A Kidney Transplant, Adam Comes To The Rescue

Chelsea already knows Victor is onto her whole scheme and becomes very nervous, especially when he makes it a point to mention that the cane she is using is a nice touch in her little charade. Chelsea tries to play it cool and pretend that she only just recovered from her stroke, but Victor continues to make her and Chloe jumpy.

Y&R Spoilers – Will Chloe Mitchelle Snap And Tell All?

It seems Chloe might be the one to give their whole game away as she acts as guilty as Liam (Scott Clifton) does on The Bold and the Beautiful. She’s terrified of being found out and losing her marriage and children. After all, she didn’t know she was hurting anyone and thought she was just playing a few practical jokes for Chelsea. She had no idea what she was doing was dangerous and that Rey (Jordi Vilasuso) could die.

The Young And The Restless Spoilers: Nick Trapped, Building Adam Hiding In Collapses! Will They Make Ithttps://t.co/QElmEbbVoF

Chloe can easily claim innocence and turn on Chelsea, so the professional con has to keep her friend quiet, too. While Victor is there, Chloe just tries not to say a word, but all Chelsea can think is how does she fend off both Chloe and Victor? Well, Victor has an offer for her. Fess up and he will make sure she gets off easy and doesn’t lose custody of Connor.

If Chelsea can get out of this mess of her own creating with barely any punishment, will she do it? Or is Victor even a better con than she is? Perhaps he is really trying to tell her that taking Connor away is exactly what he plans to do. Stay tuned to The Young and the Restless weekdays to find out.